It’s been a while since I have done a Mouse House post! To be frank we moved in and all revamping came to a grinding hault! We were so tired and rather traumatised by the whole building business that we needed a break. I also needed to put my head down and get back to work. Slowly but surely we are picking up the paint brushes and hammers and things are back on track. But for now … Here’s the bathroom story! 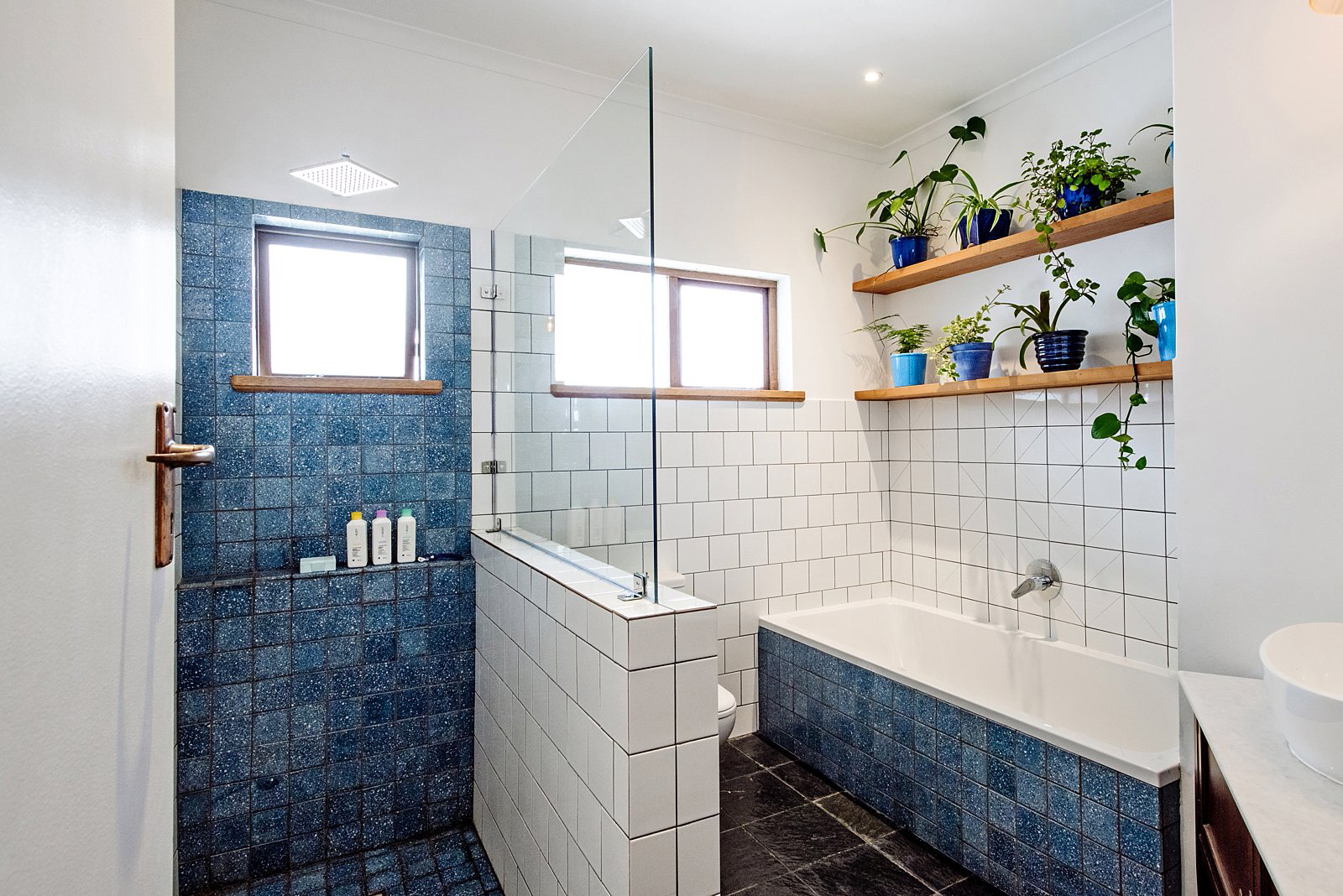 The ablution facilities of the Mouse House were stuck in the 70’s and frankly a bit gross! It had a separate toilet, shower room and a room with a bath and a loo. It felt pokey, old fashioned and not somewhere where one would want to spend much time. I am a huge fan of bathing and wanted something light and airy to soak in after a long day of wedding shooting, a bathroom fit for a mermaid! 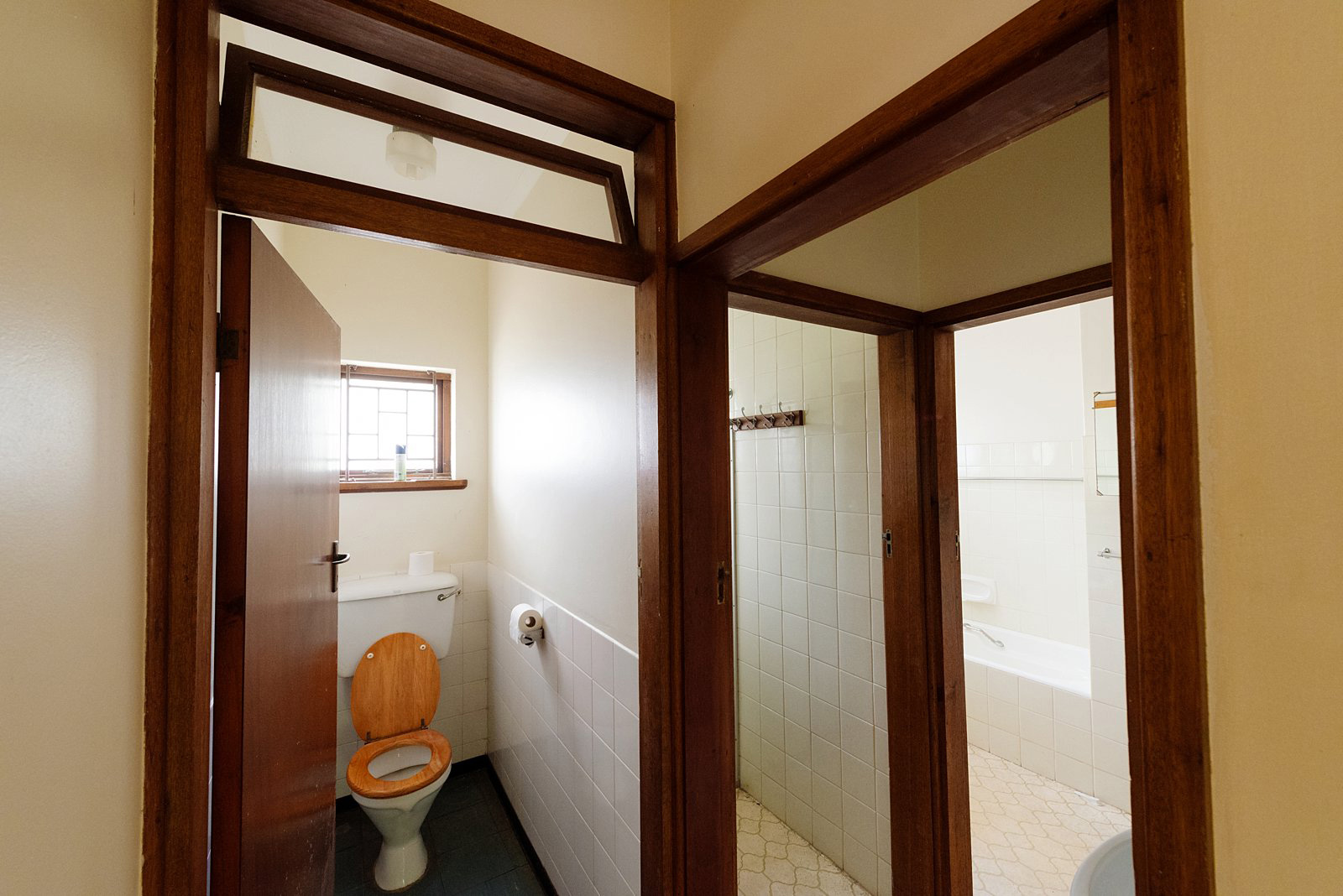 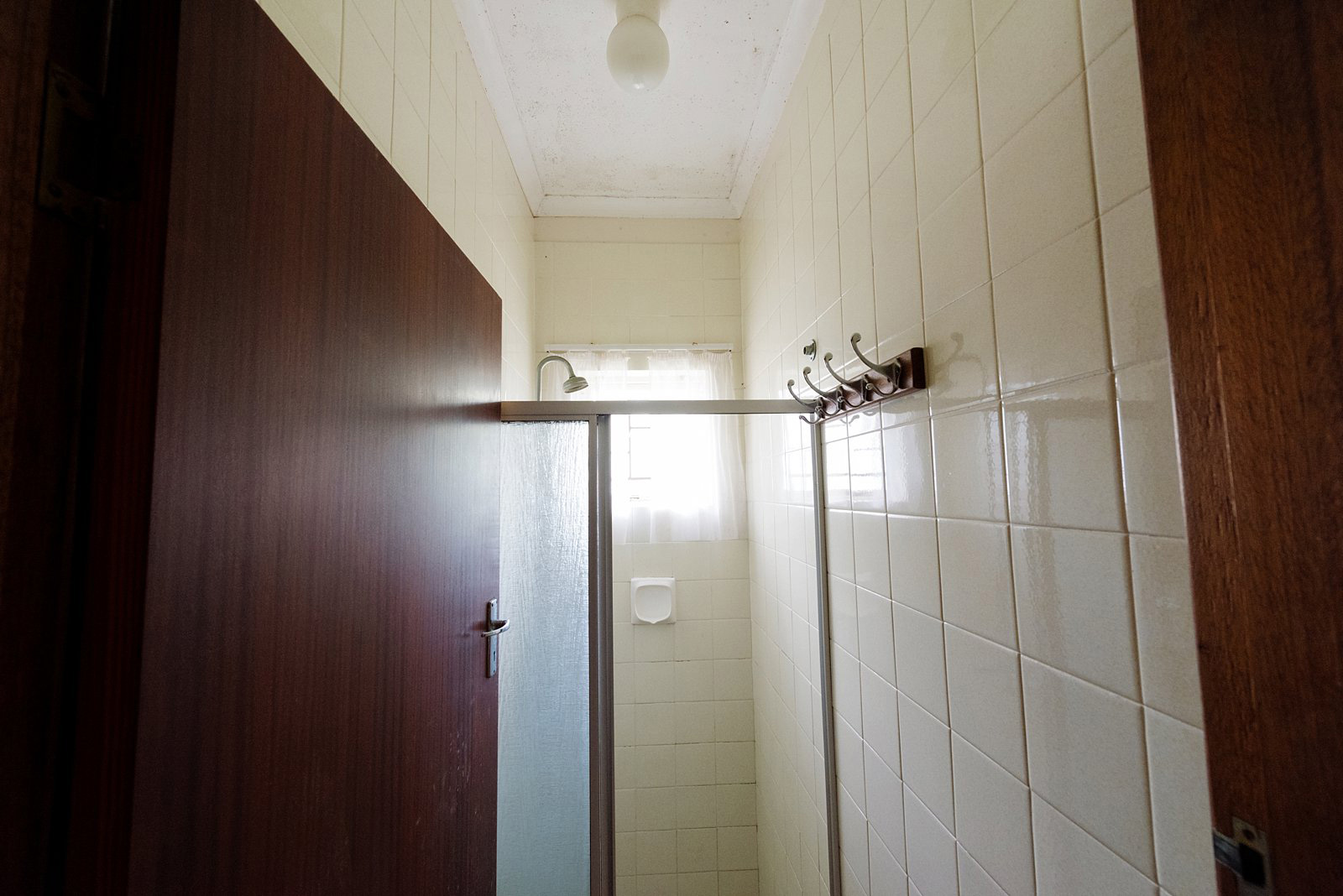 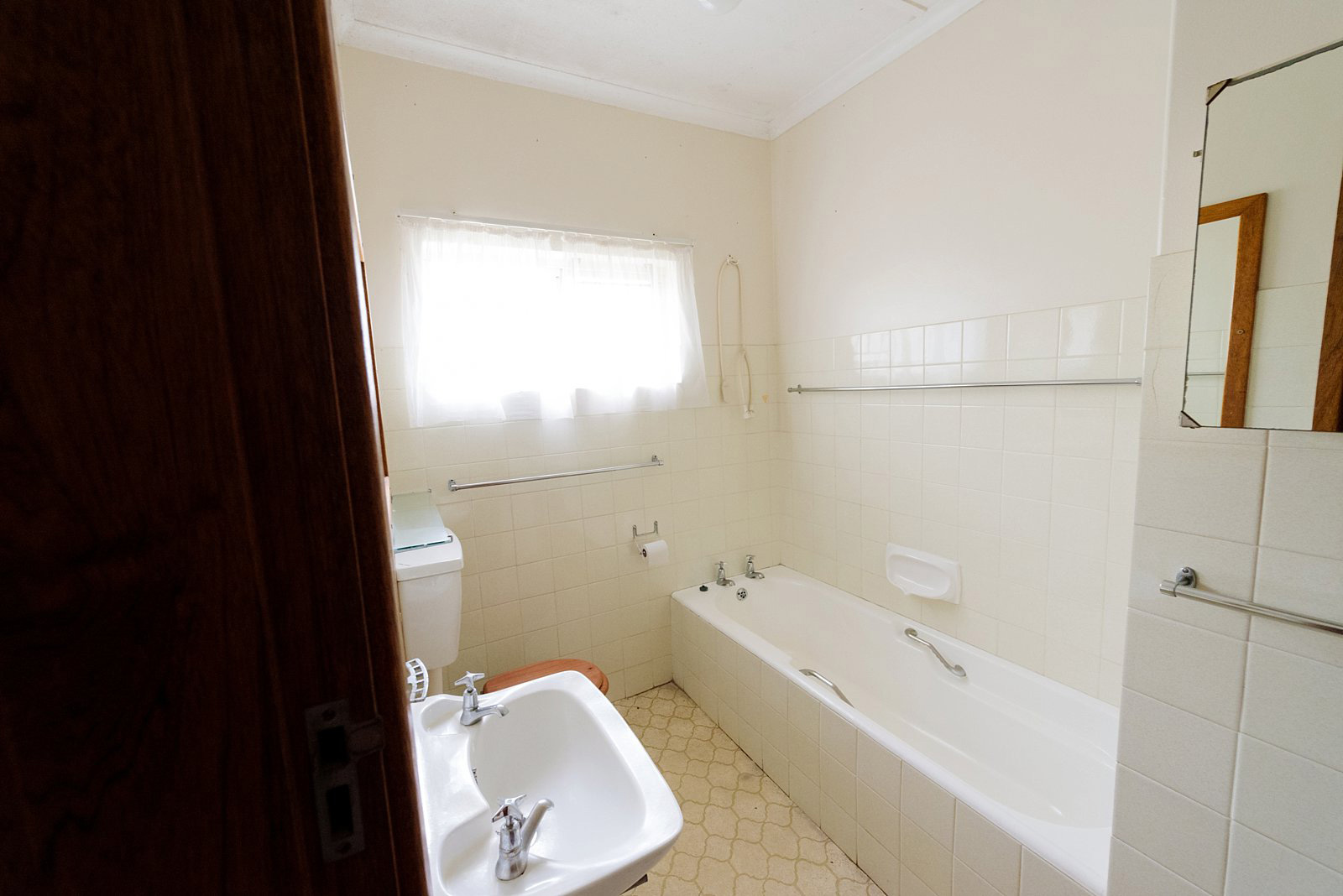 We had to do alot of bashing and crashing to make one spacious bathroom with a shower, bath and toilet and then a separate guest toilet as there is nothing more annoying than needing to go to the loo whilst someone is taking a long shower. 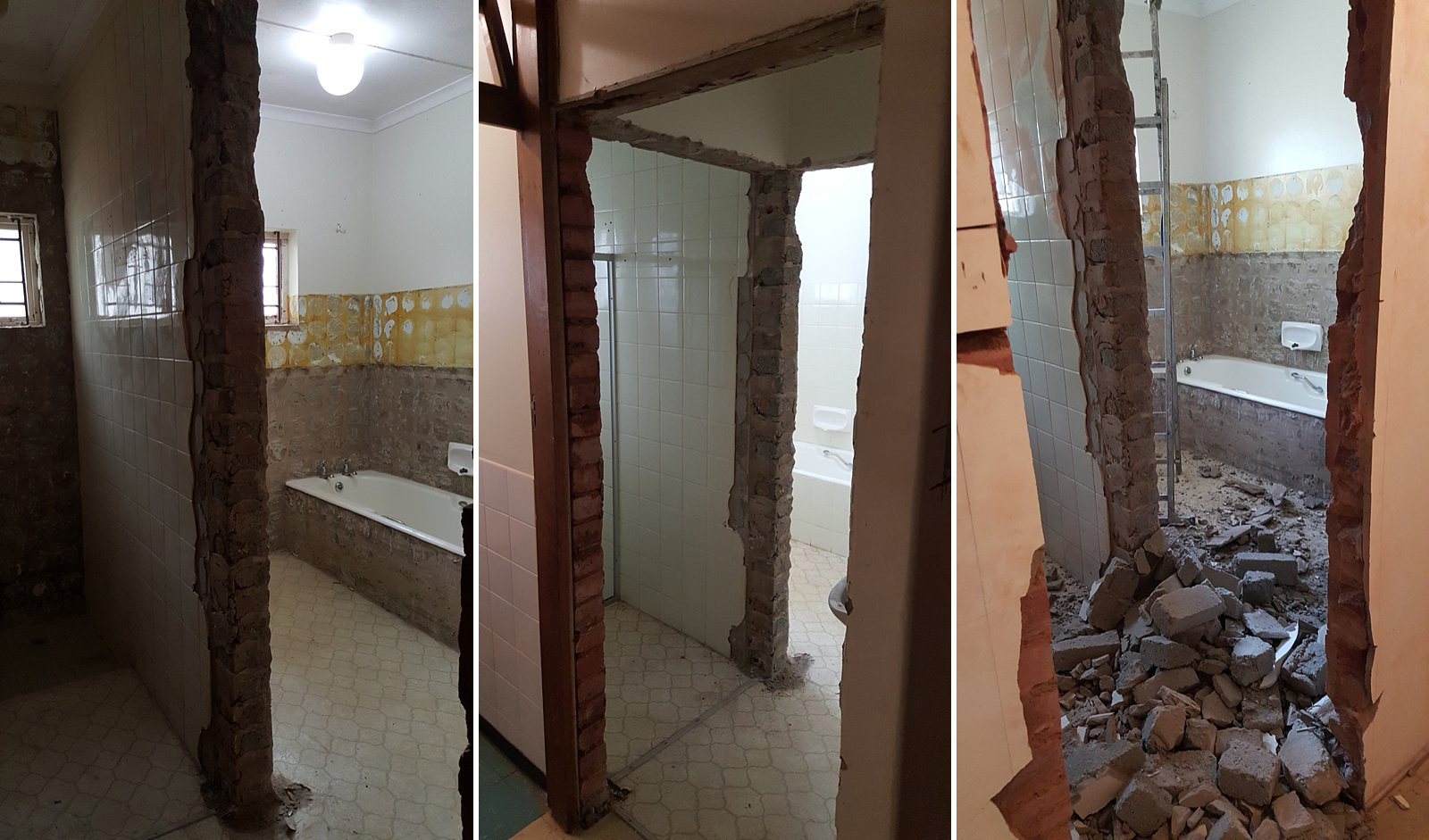 There were days where I felt like we would never see the end of this!!! We thought the refurb would to take 4/5 months but it landed up taking 9 months! 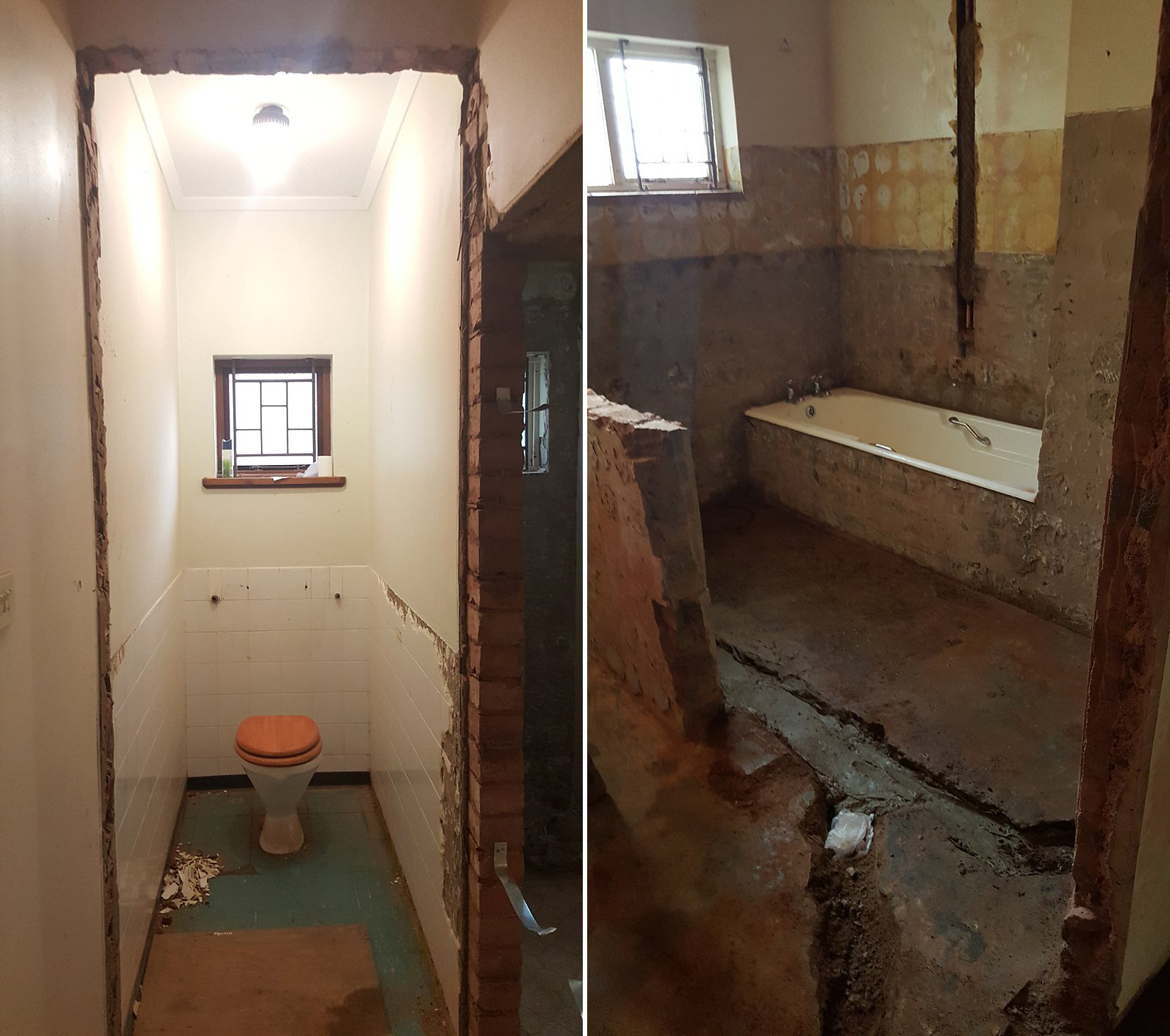 The bathroom felt like an extremely hard space to design but I absolutely love it now. It is a small area and being on a budget meant that we had to be clever with finishings. Riaan and I have rather different taste which didn’t help the design process but we knew we wanted something that worked with the house but was also modern, something that was light and airy and also mermaidish! (Ok so the last point was more my requirement than his!) The choices out there are endless which can be confusing and I am sure I spent 90000 hours looking at tiles and taps! (my god there are so many awful tiles out there!) The poor guys at Richmond Plumbing must have been so over me at the end of it. I can highly recommend them by the way. They were a huge help and very understanding! 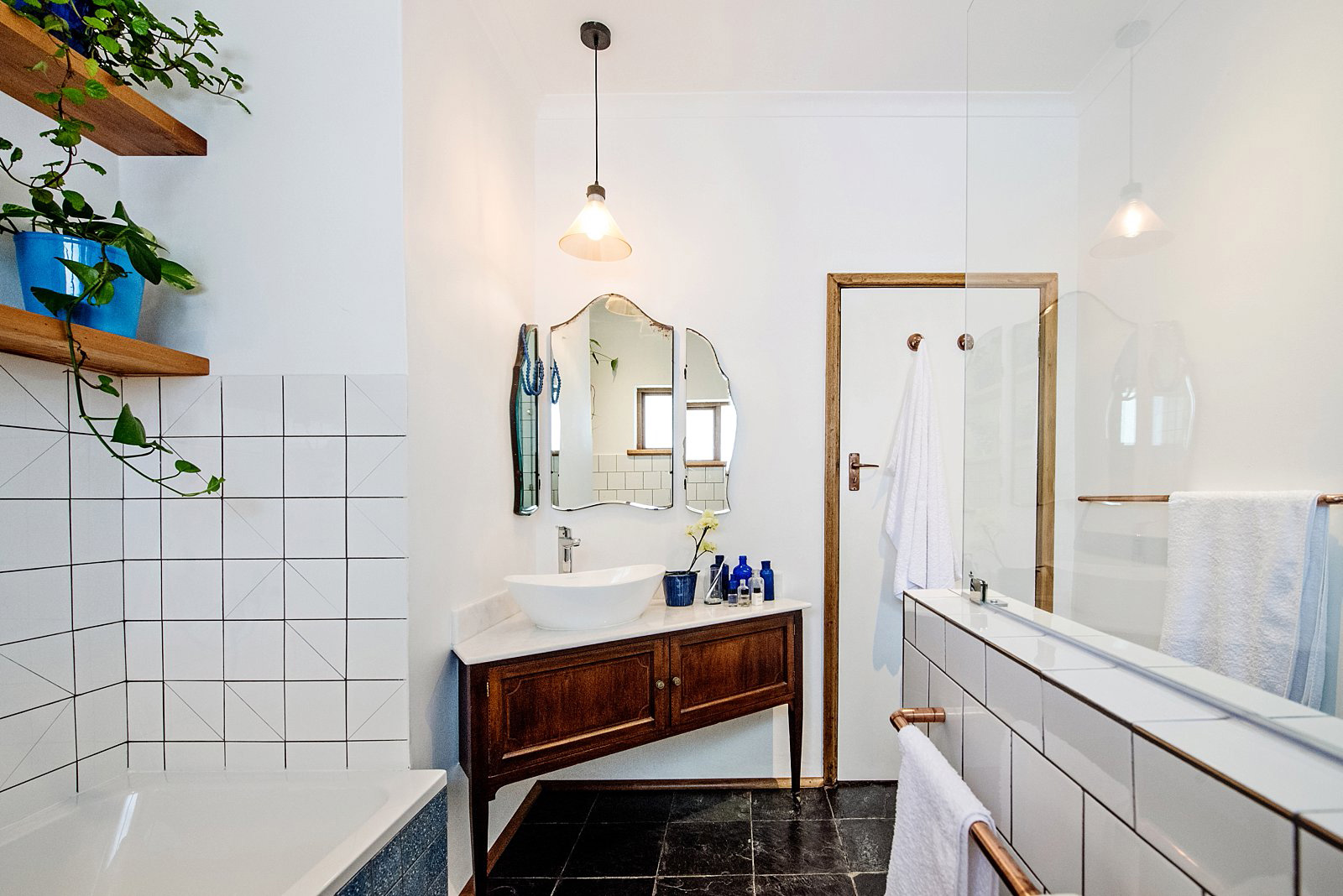 One of the things I most love about our post renovation Mouse House is the corner unit in the bathroom. Despite searching high and low I couldn’t find a unit that could fit into this space. Riaan cleverly suggested buying a normal rectangular free standing cupboard and then cutting it into a triangle and doing the same with a piece of marble for the top. I wasn’t too sure about this idea at first but it worked a treat! I found the unit at A E Write second hand antique dealers on Mahutma Ghandi Road. The marble was a real pain in the butt to source as no one wanted to sell me such a small piece! I searched Durban for days but eventually found a smaller off cut of marble which looks like ice when you look at it up close! It is perfect! The mirror belonged to my Gran and works rather well with the space I thought! You will also notice the copper towel rails made by Riaan. 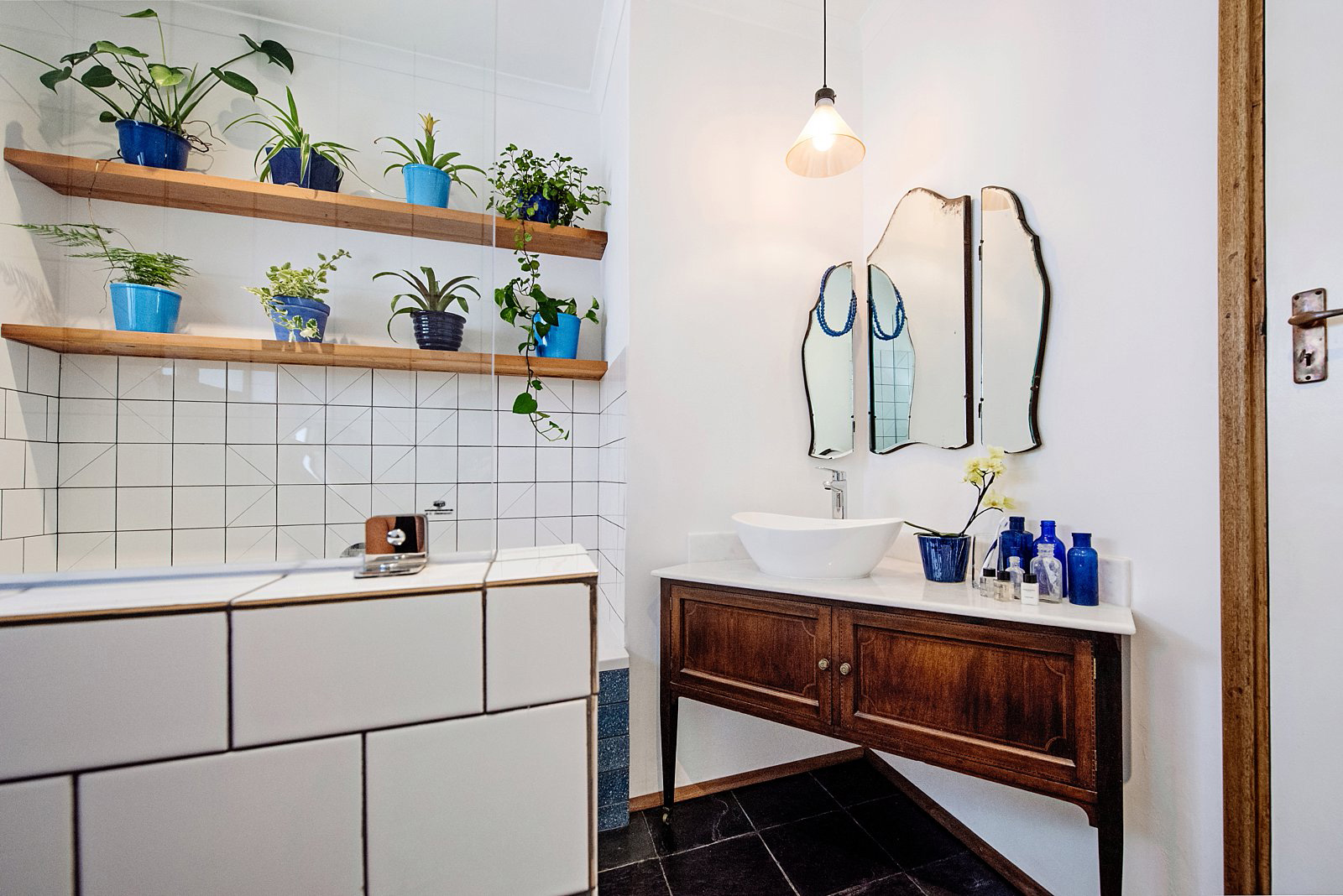 We chose black slate tile for the floor because I love it and used Johnsons old school 150×150 porcelain tiles with a few funky design interventions for the walls to fit in with the old school vibe of the house. Way cheaper than subway tiles and more authentic to this house. The shower and the side of the bath were treated to some gorgeous blue terrazzo mosaic from Union tiles which we have also used in the kitchen. (that’s my mermaid vibes right there!) You might also notice the wooden door frames and windows were all sanded right down to the original wood and treated. We also stripped the door handles down to copper. Both were an absolute mission at the time but they worked out really well. 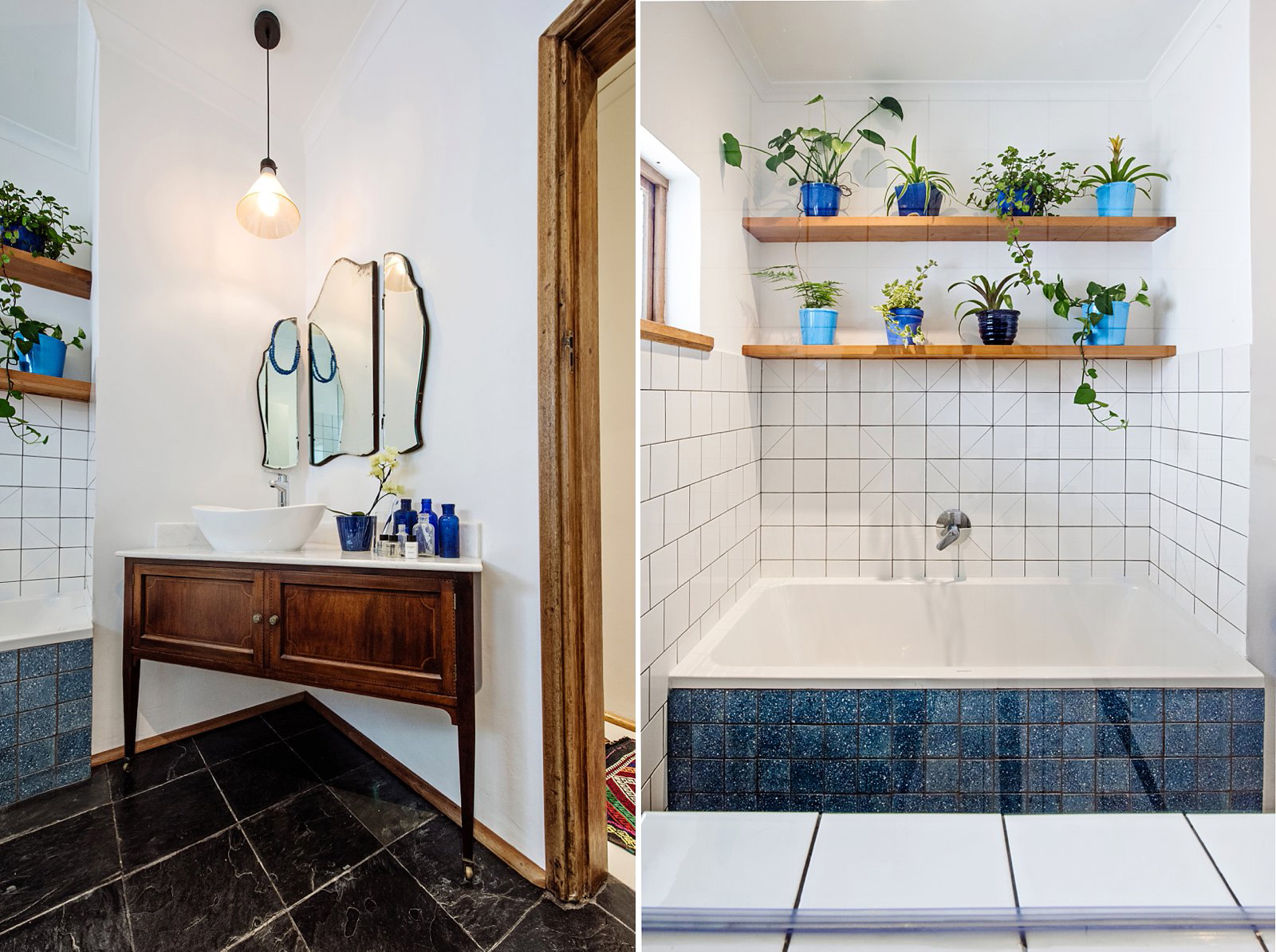 I originally wanted a free standing bath but our plumber Mike suggested going and lying in all of the baths before making a decision. The bath I chose is literally the most comfy bath I have ever laid in and can fit two people in rather easily, it was also a heck of alot cheaper!

To soften the overall look of everything our wonderful carpenter Tim made some floating shelves and window sills from old bits of wood that were left over from the refurb. Most of the pot plants were slipped and potted by me!

One of the heroes of our refurb was Mike from Mavericks Plumbing. In an ocean of inefficiency and unprofessionalism that can be the building industry Mike was fantastic and such a great person to work with. I will talk more about Tim Fish when I tell you more about our kitchen but Tim our carpenter is also a peach! I can also highly recommended our tiler Prem Gokool from Ushaka Tiling. It wasn’t an easy tiling job and the guys really went above and beyond! Thanks so much to all of you for a job well done. We are hugely grateful!