Whilst I was in Spain I went to visit Clyde Martin in the small town of Ferrol which is in the North West of the country in Galicia. This area isn’t known for it’s tourism but it is known for it’s Semana Santa parades and this year marked the 400th anniversary that these parades have happened there.

The truth is if you arrived in Ferrol not knowing about Semana Santa, you may think you have rocked up on a Harry Potter movie set or even a Klu Klux Clan meeting however this is actually a religious festival. According to Wikipedia “Holy Week in Spain is the annual commemoration of the Passion of Jesus Christ celebrated by Catholic religious brotherhoods and fraternities that perform penance processions on the streets of almost every Spanish city and town during the last week of Lent, the week immediately before Easter”

There was so much to take in … The flowing gowns, the pointy hats known as capriote, the flowers, the marching bands and bag pipes. It was like nothing I have ever seen or experienced before!

Huge thanks to Clyde and Jody for being so patient while I wondered off with my camera. I shot all of these with my Nikon D750 and Sigma 35mm 1.4 art lens. 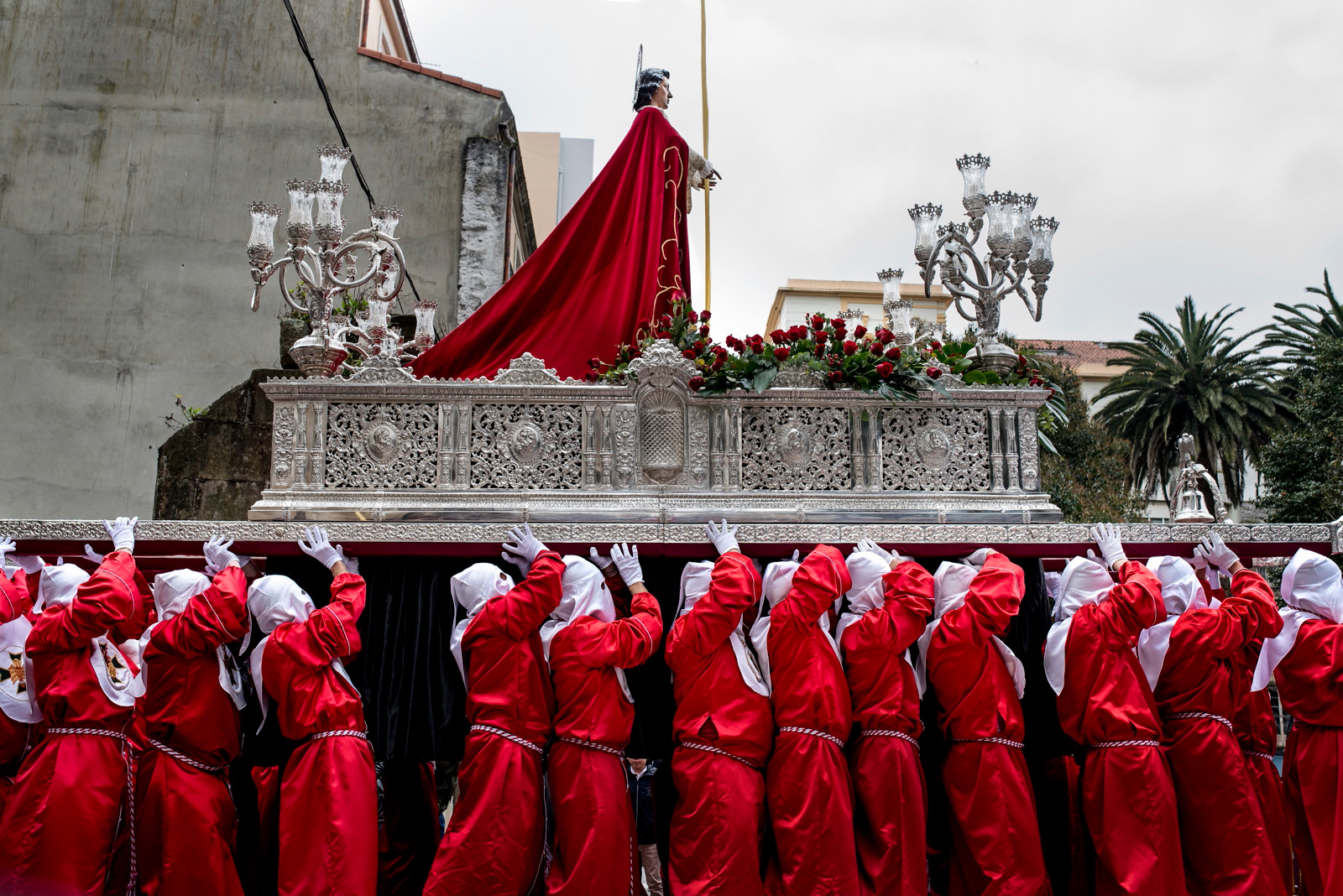 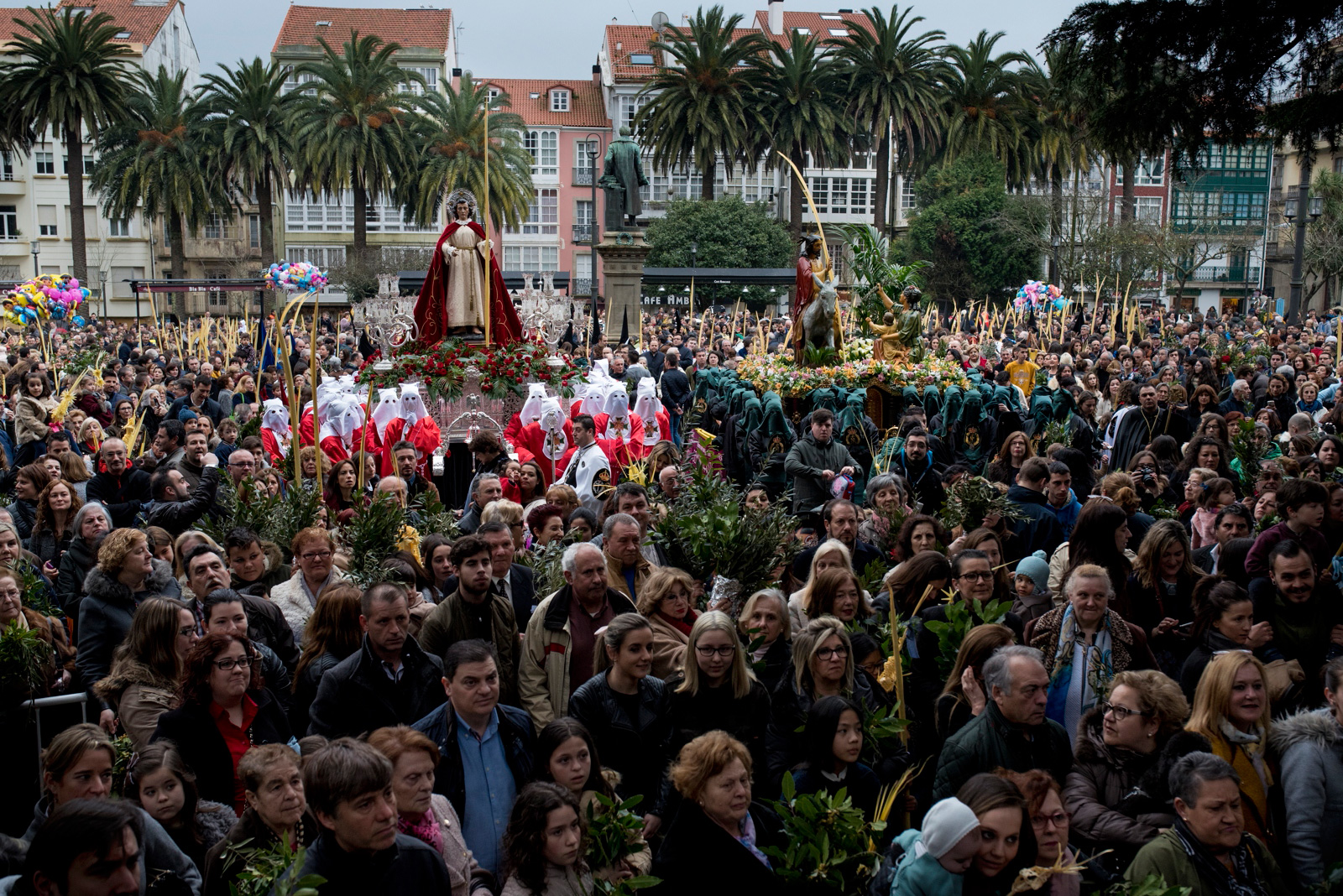 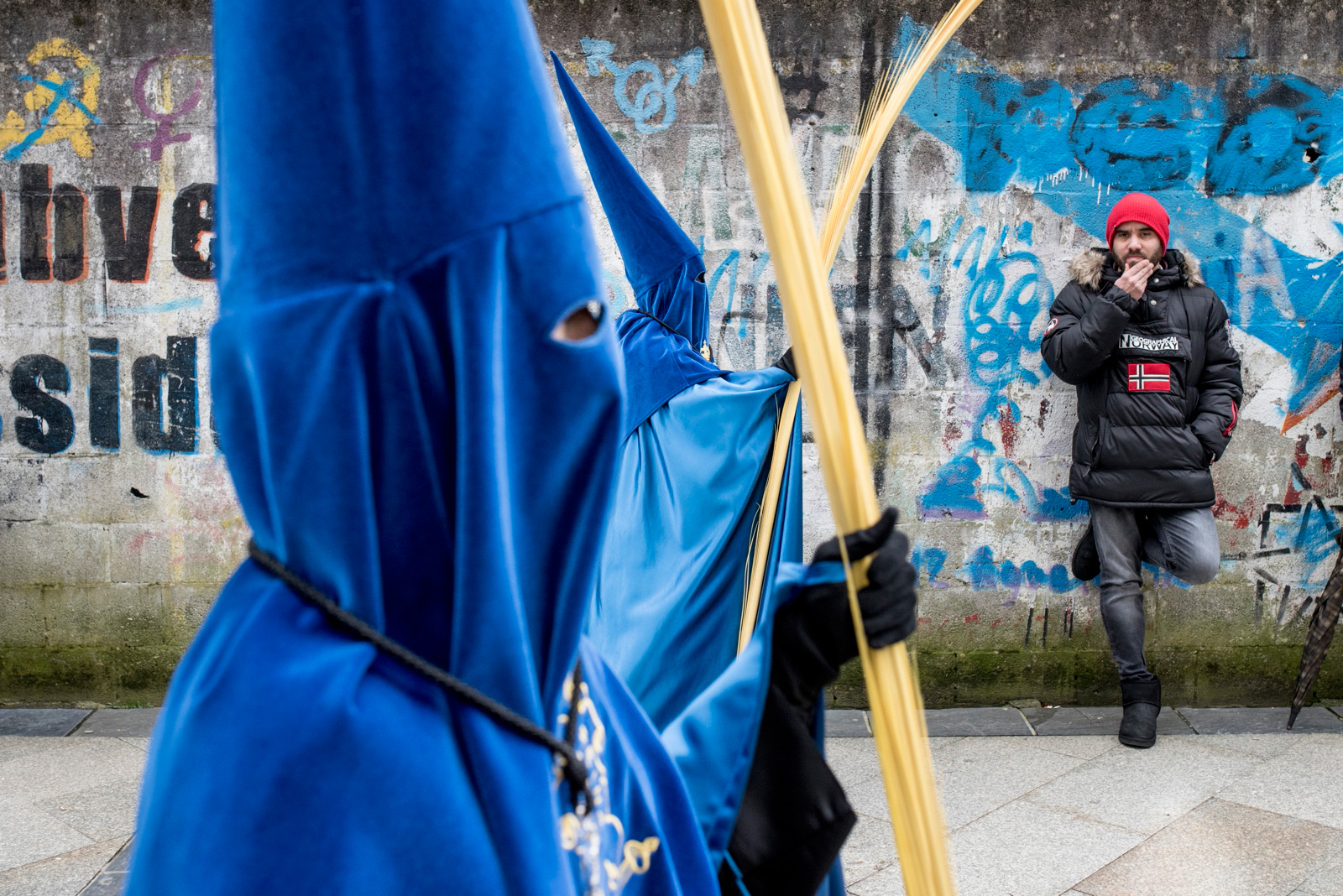 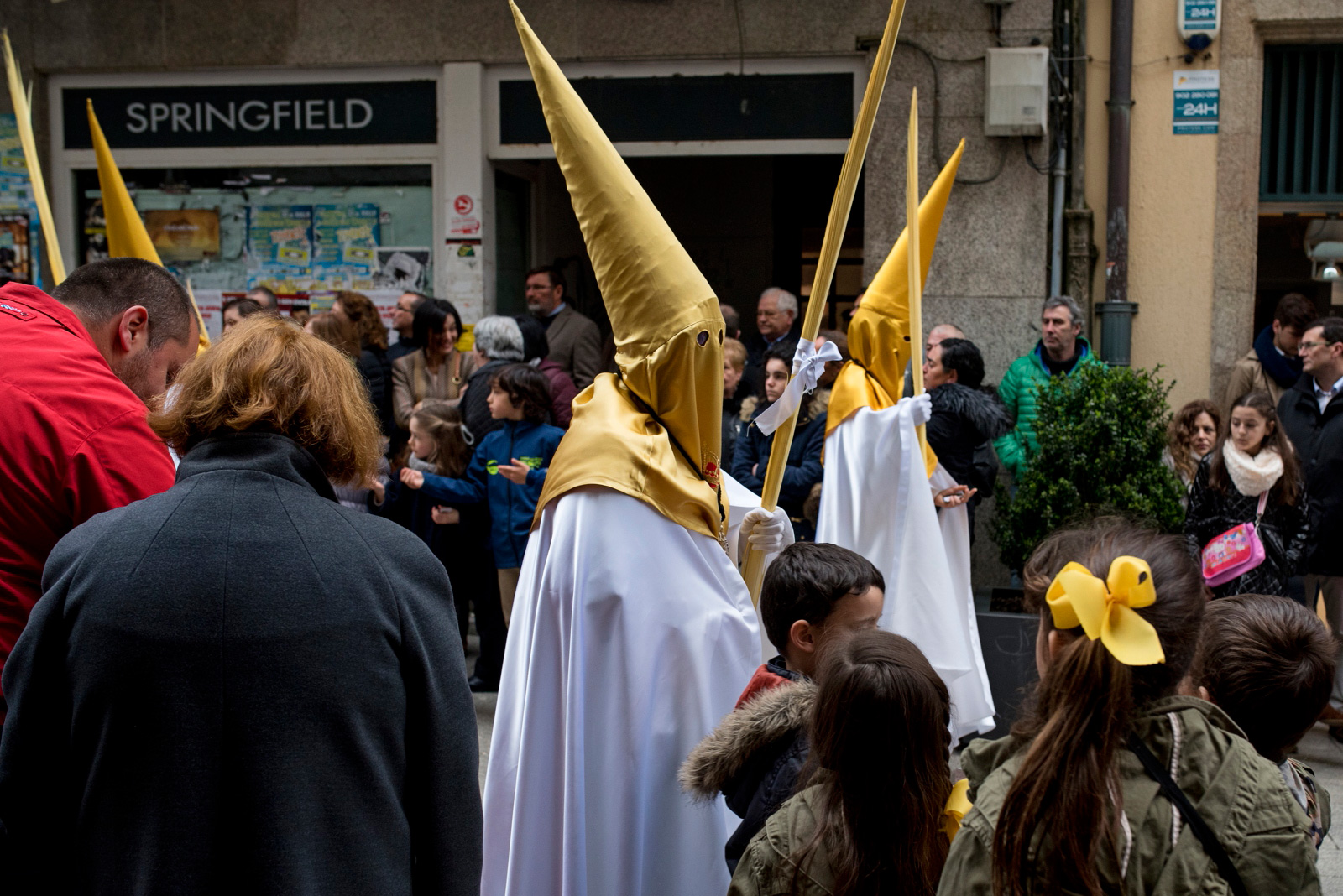 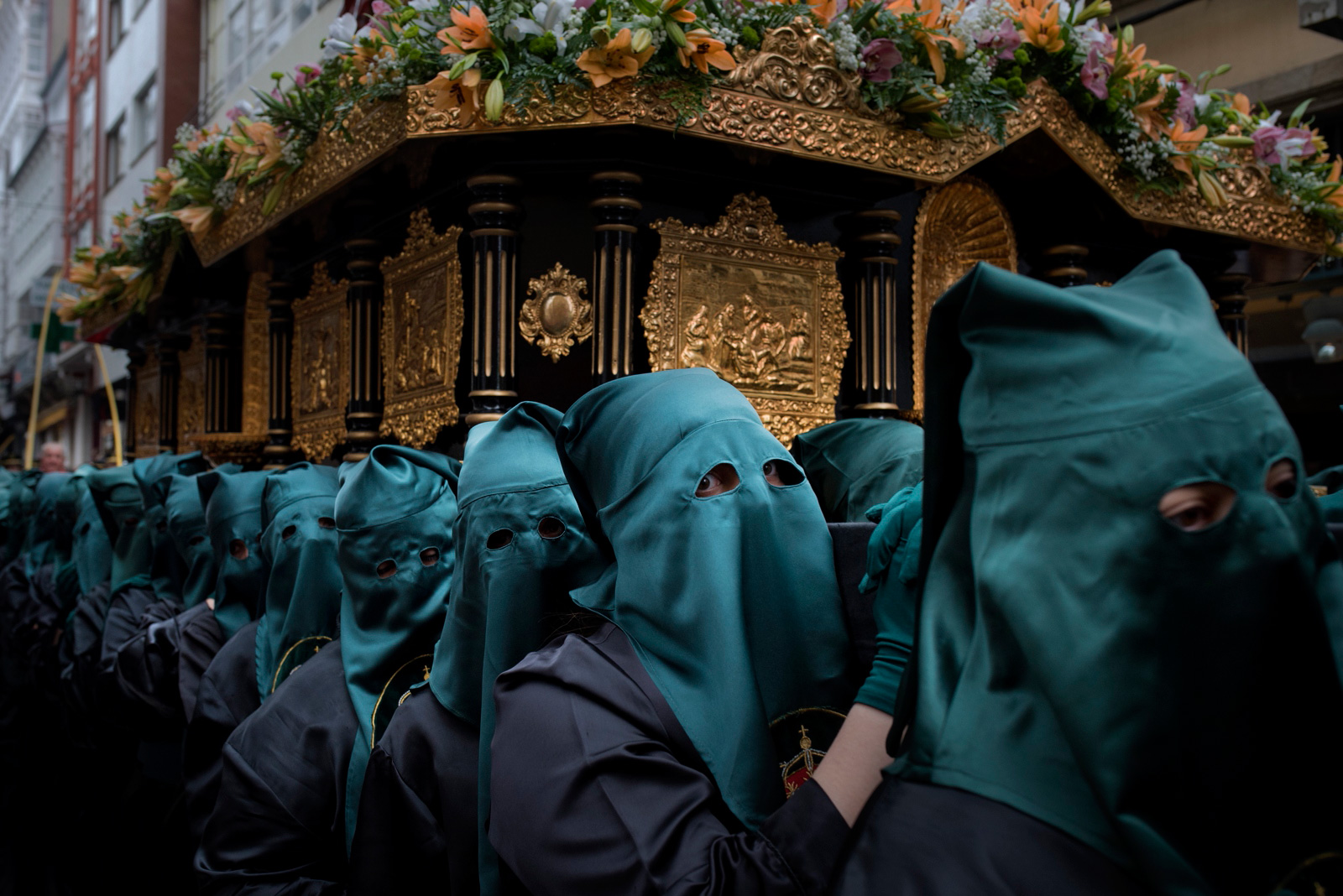 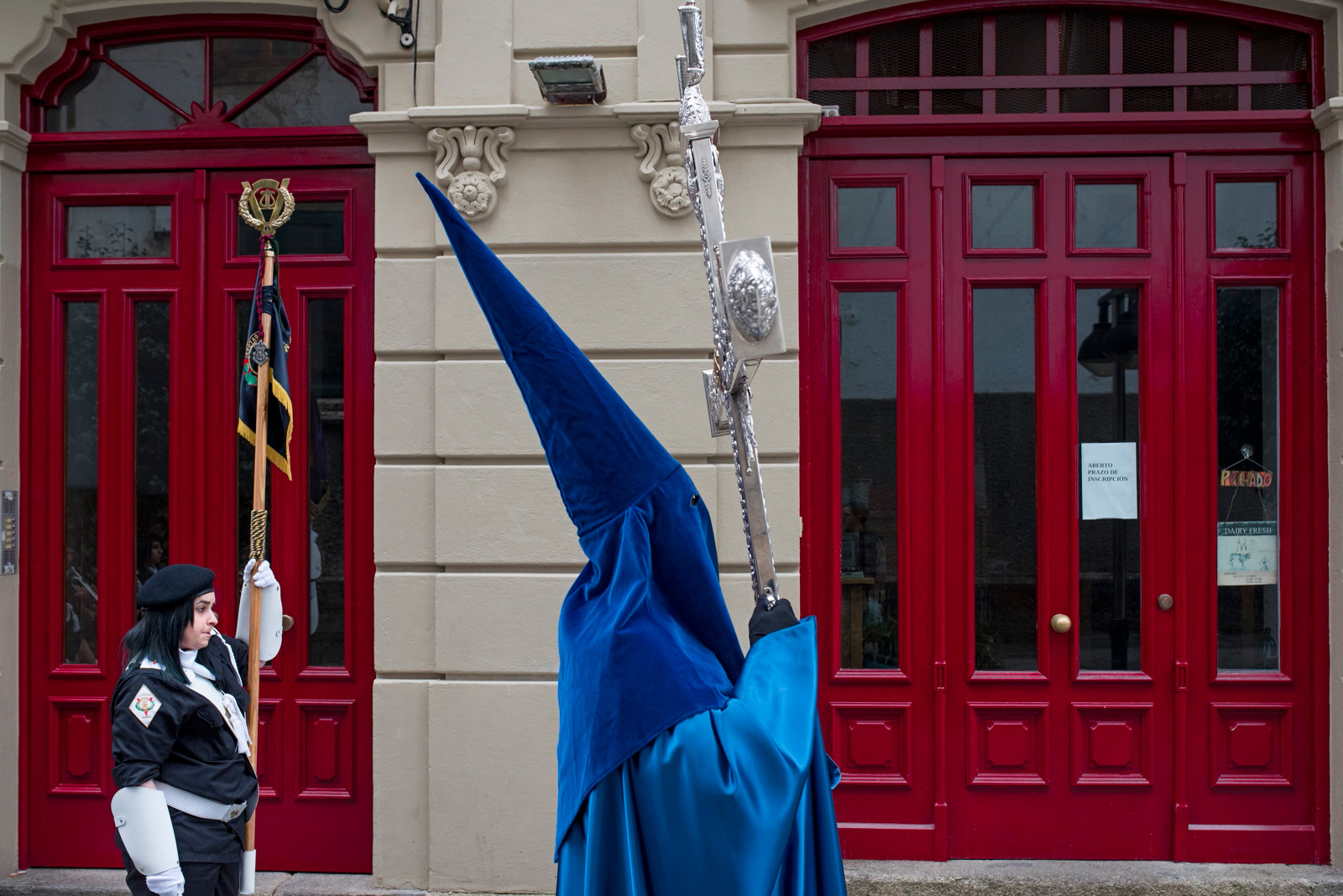 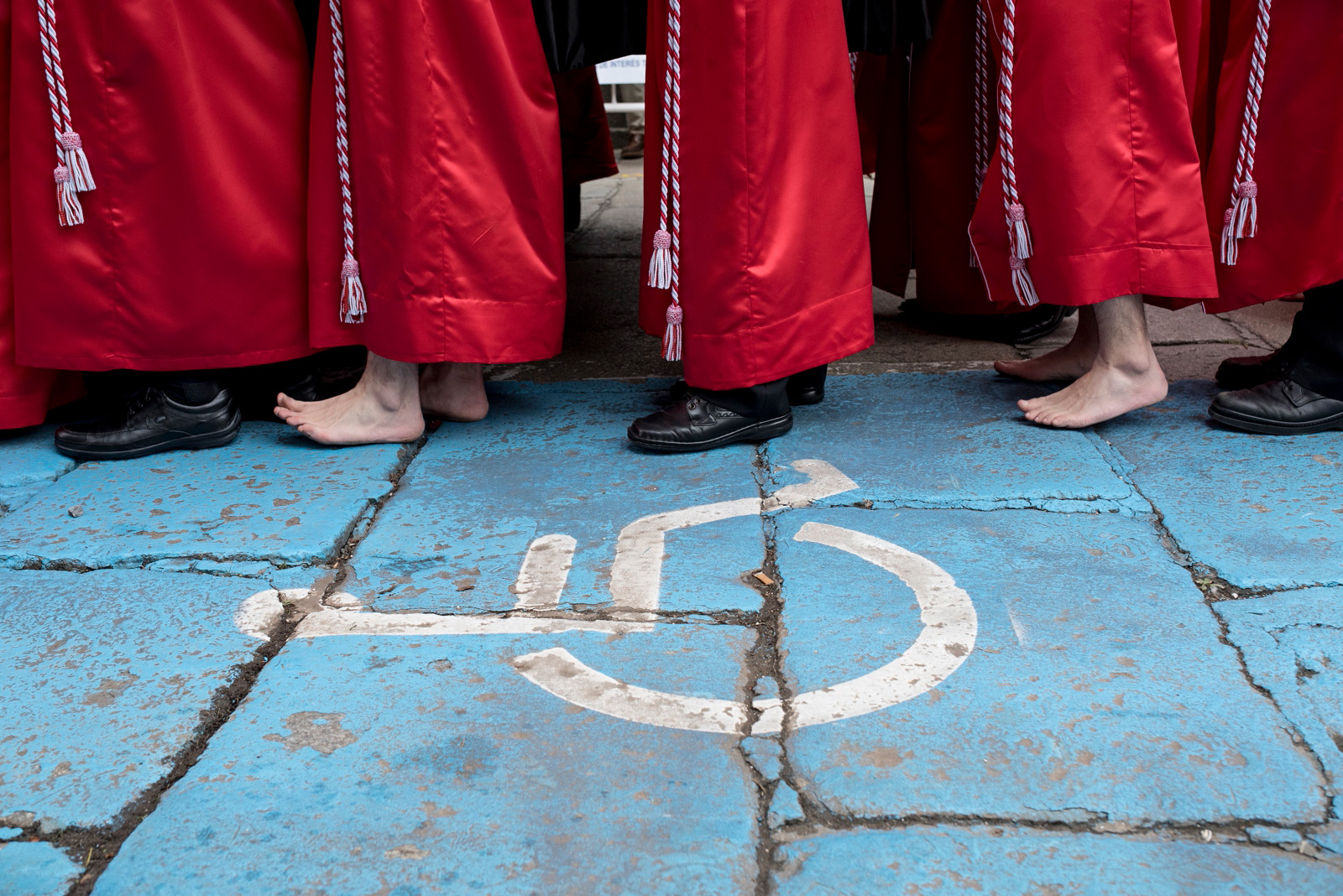 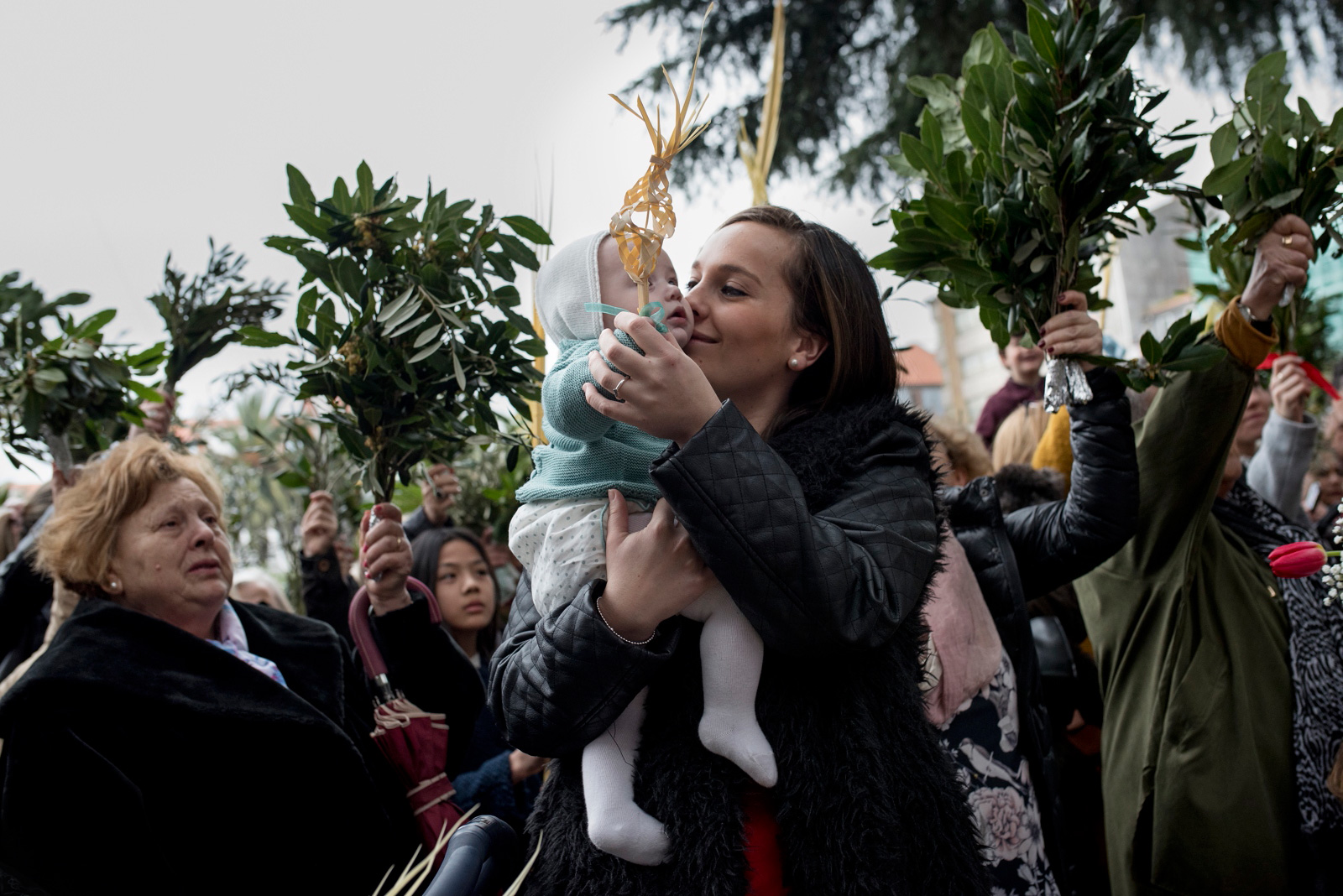 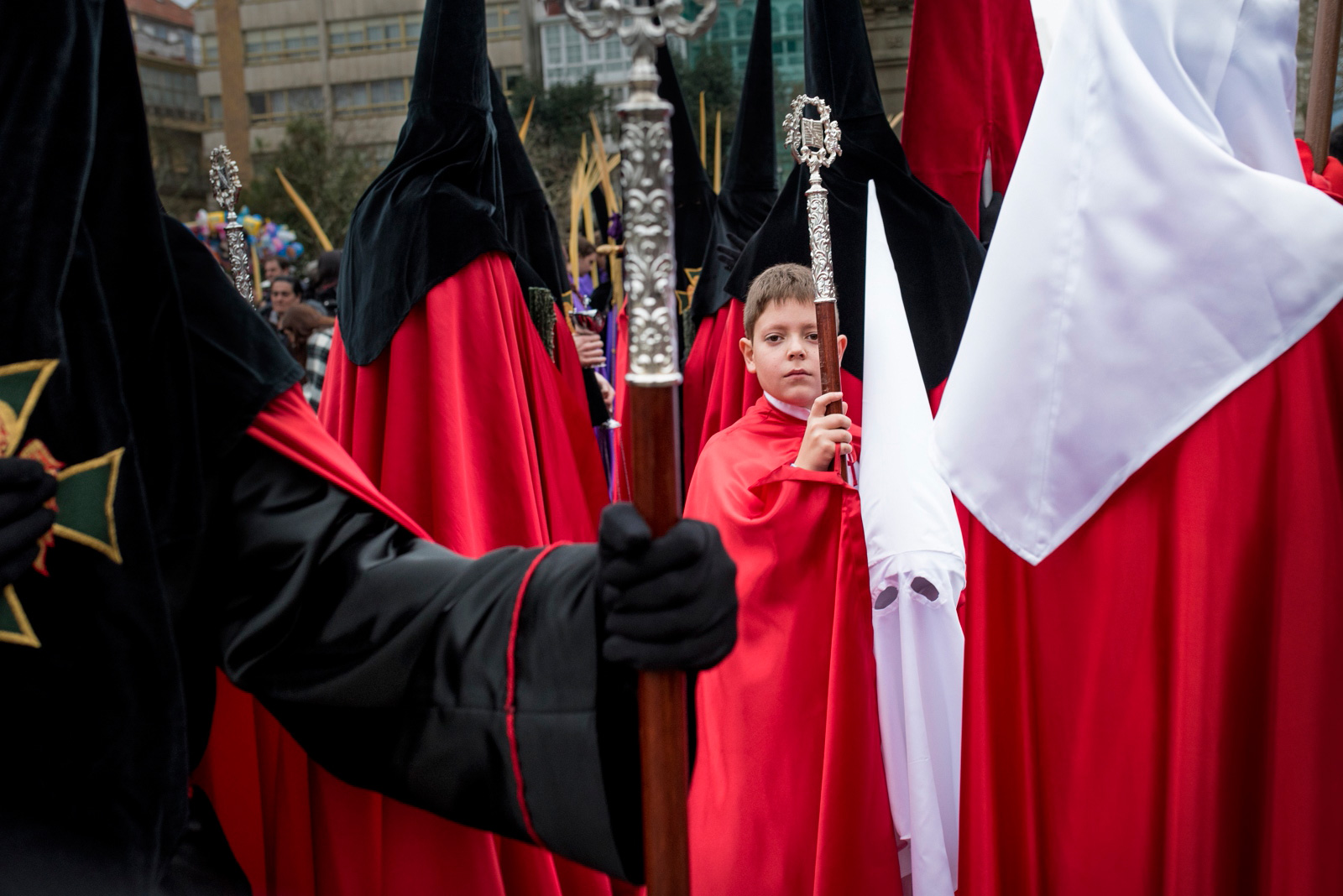 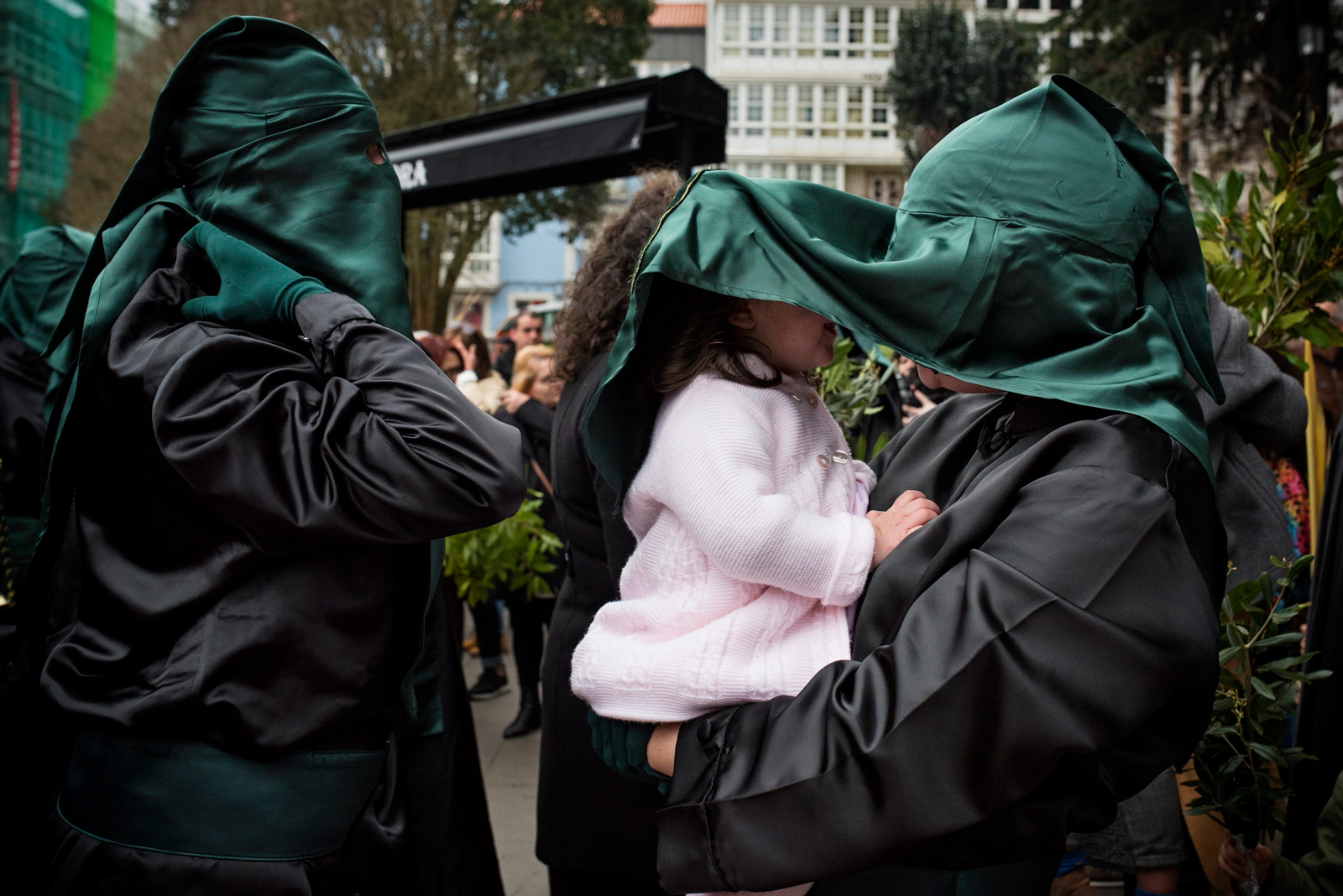 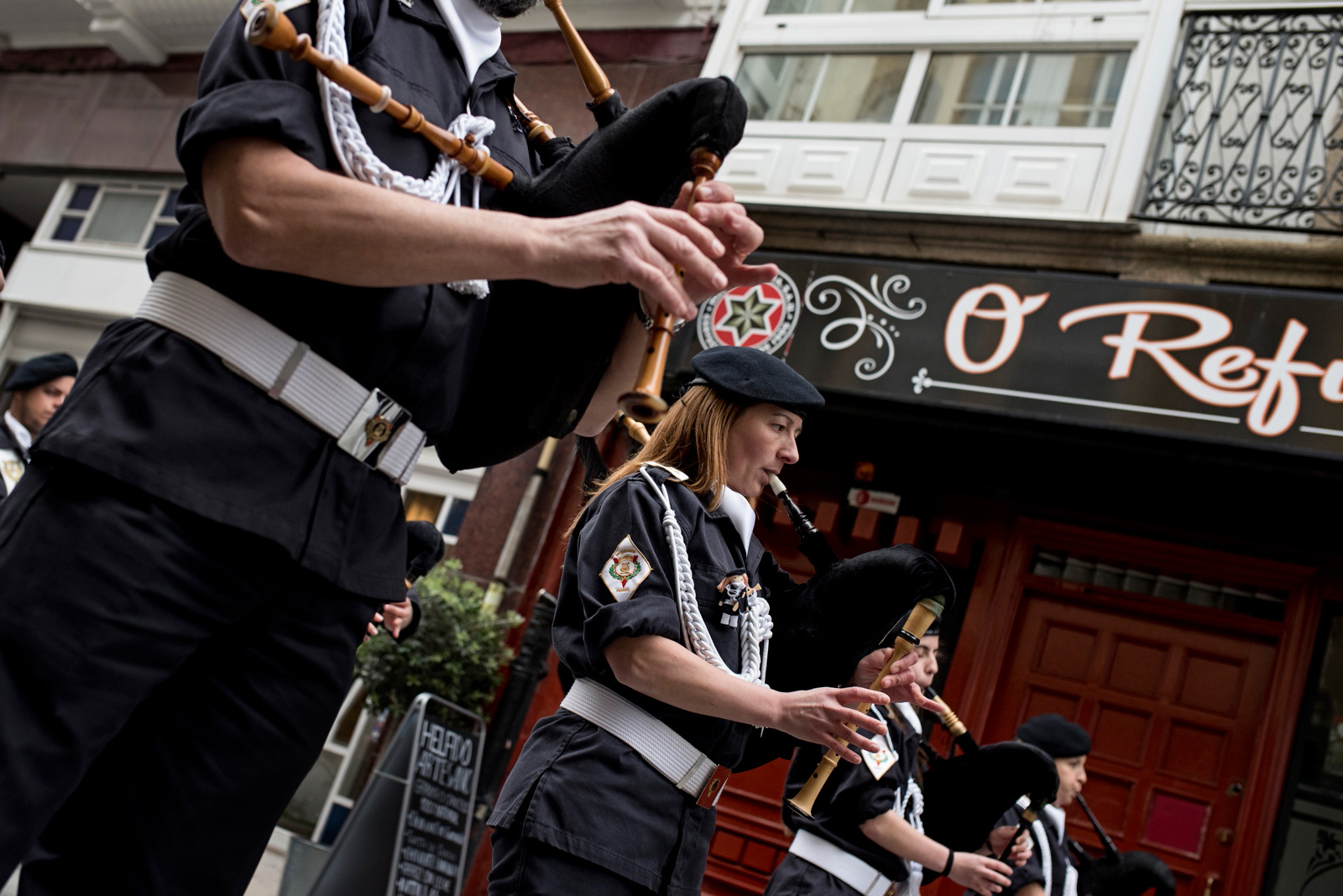 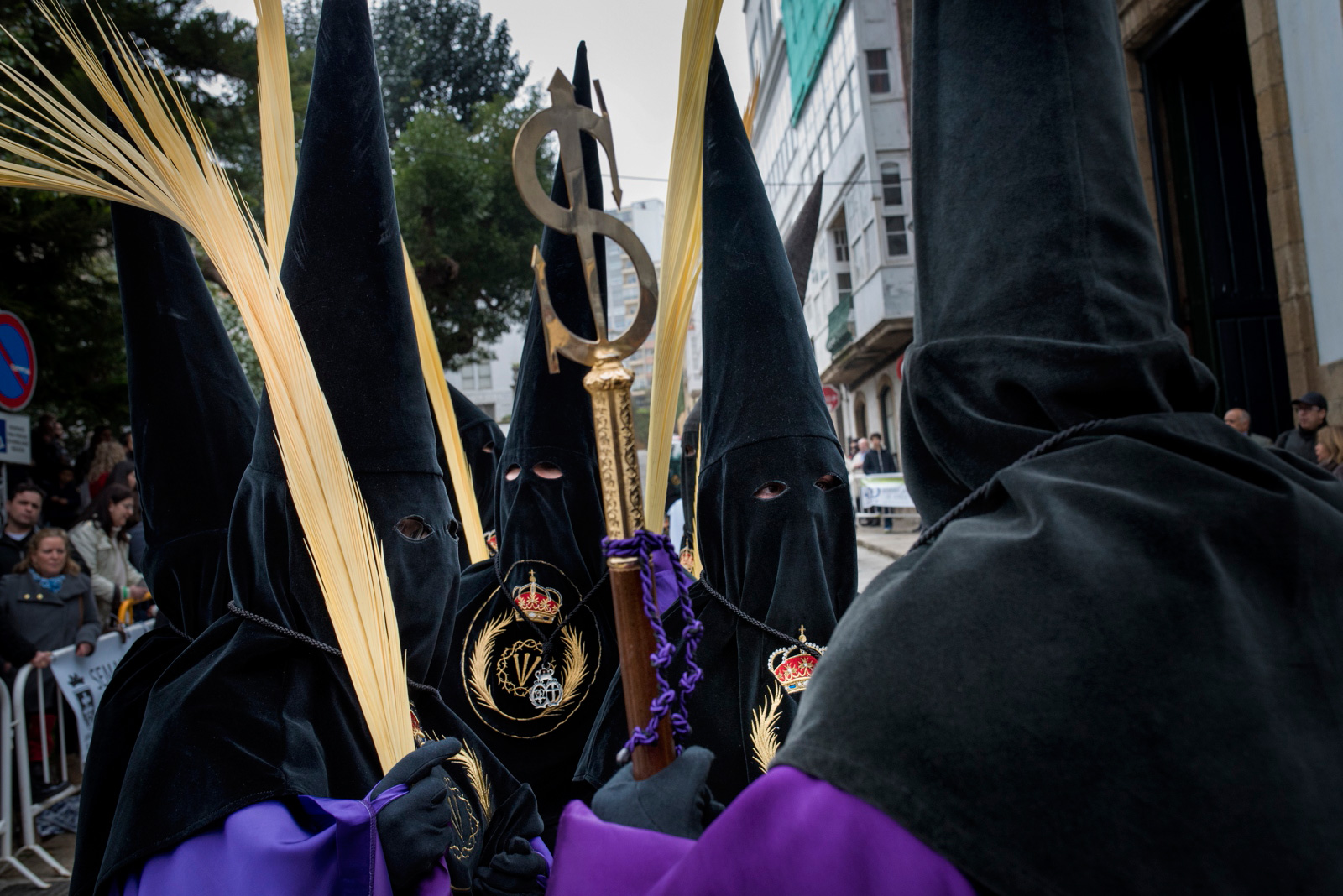 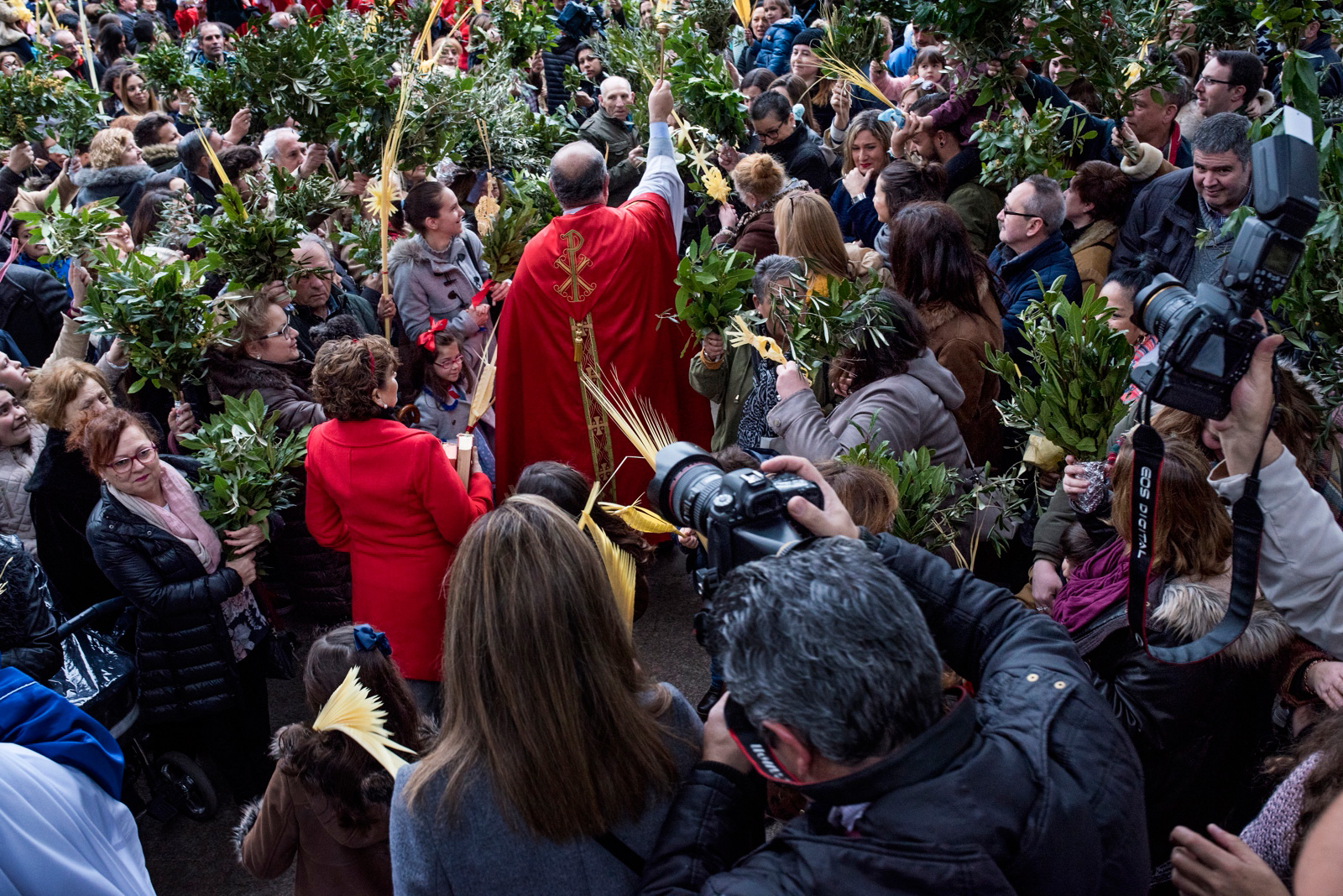 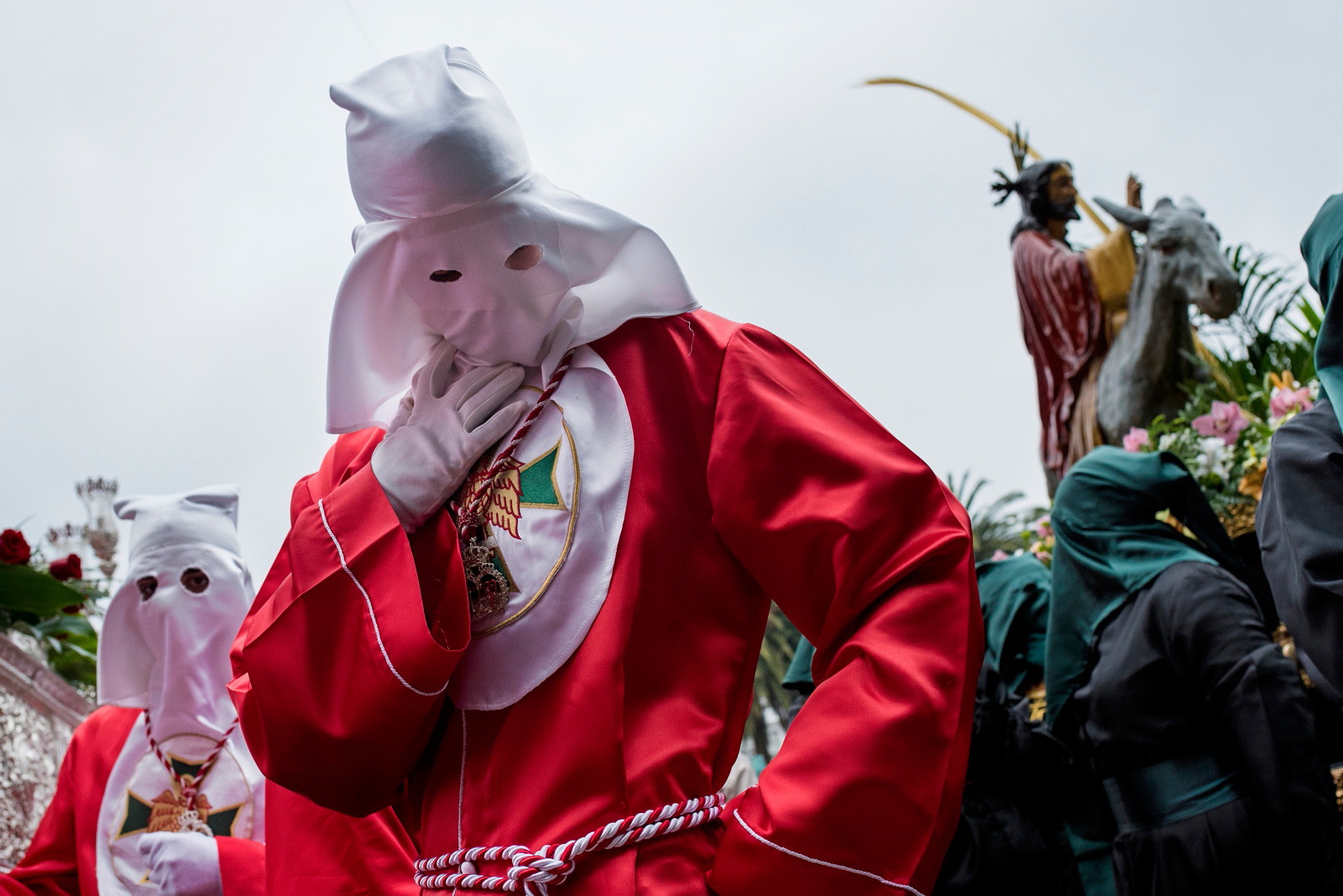 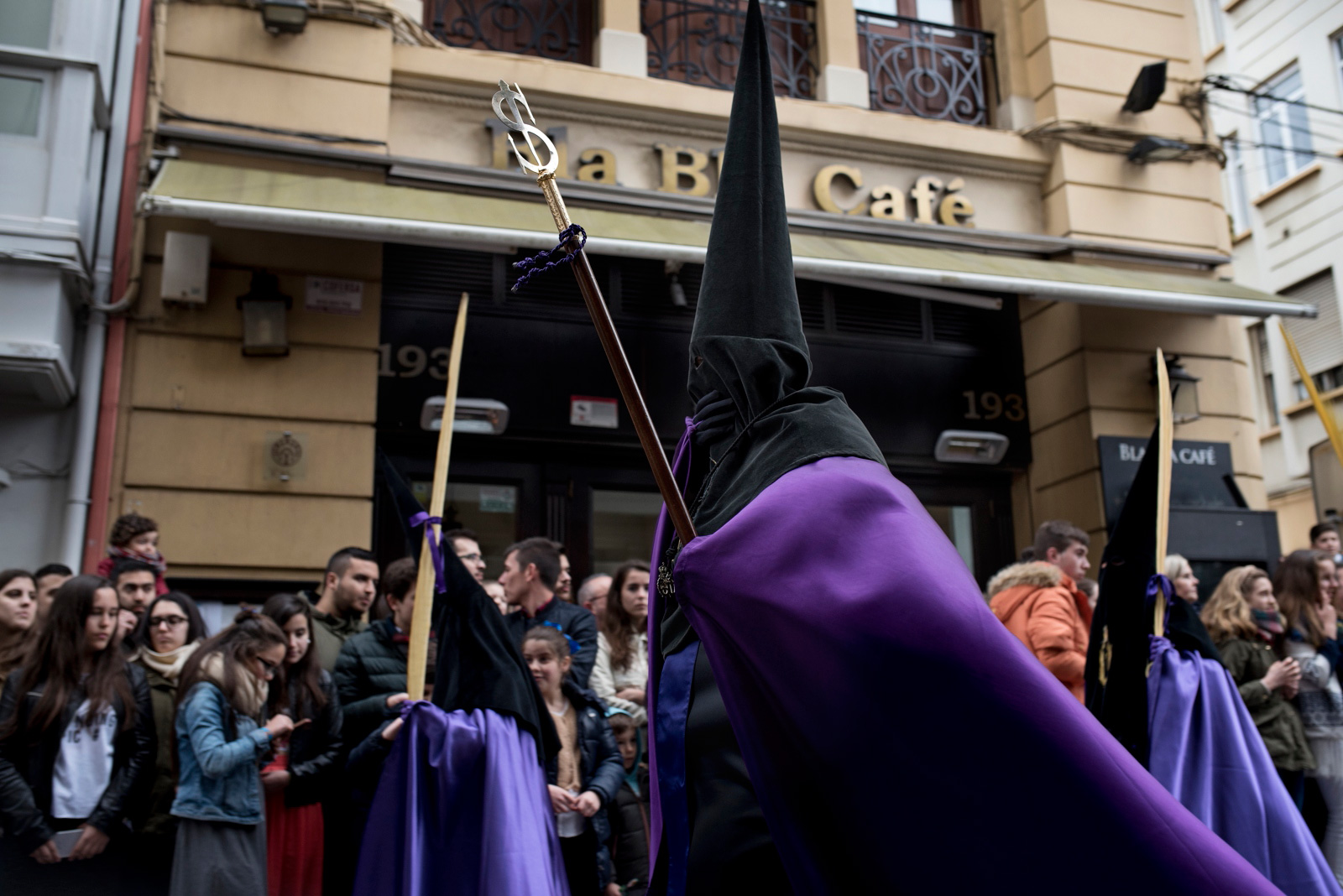 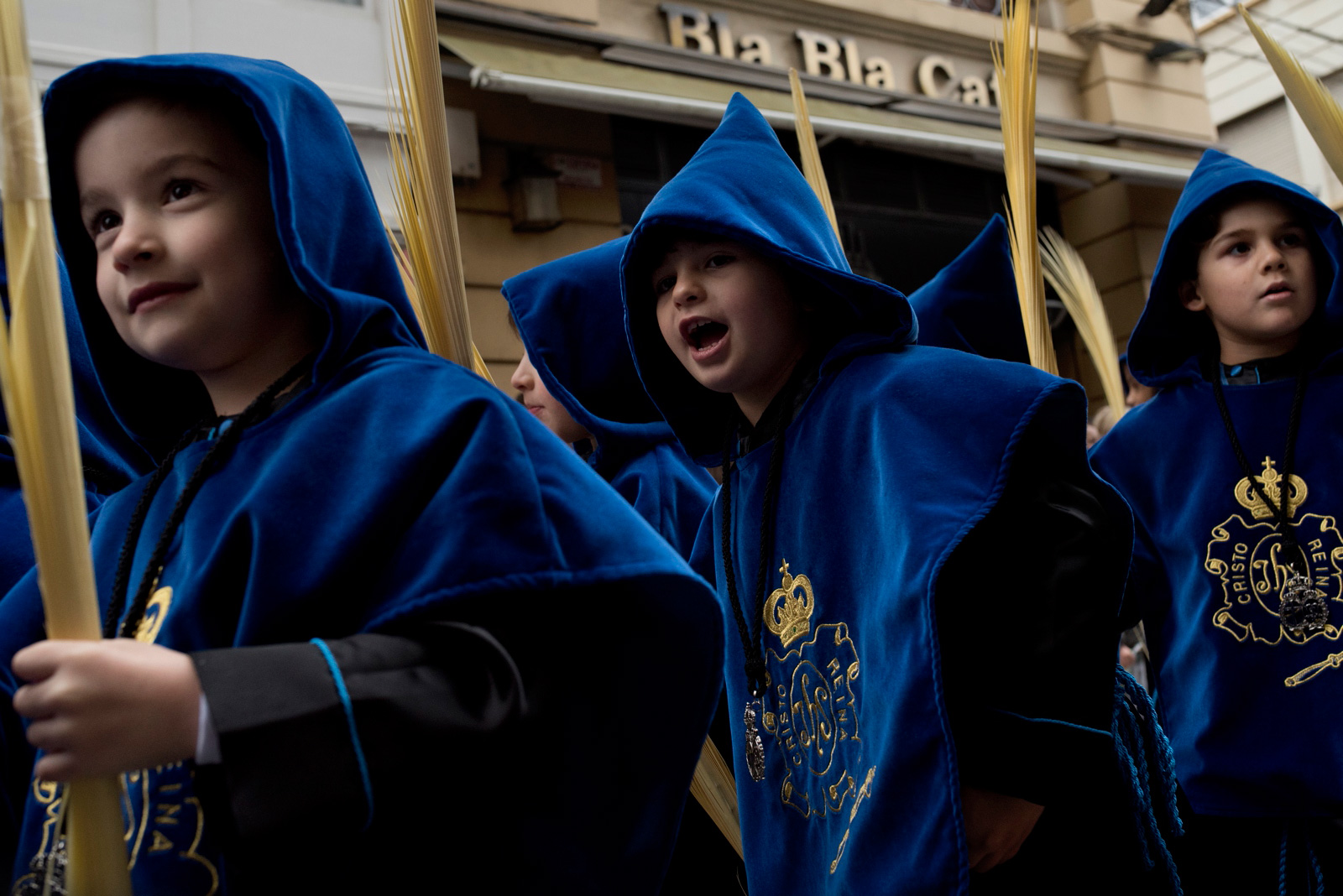 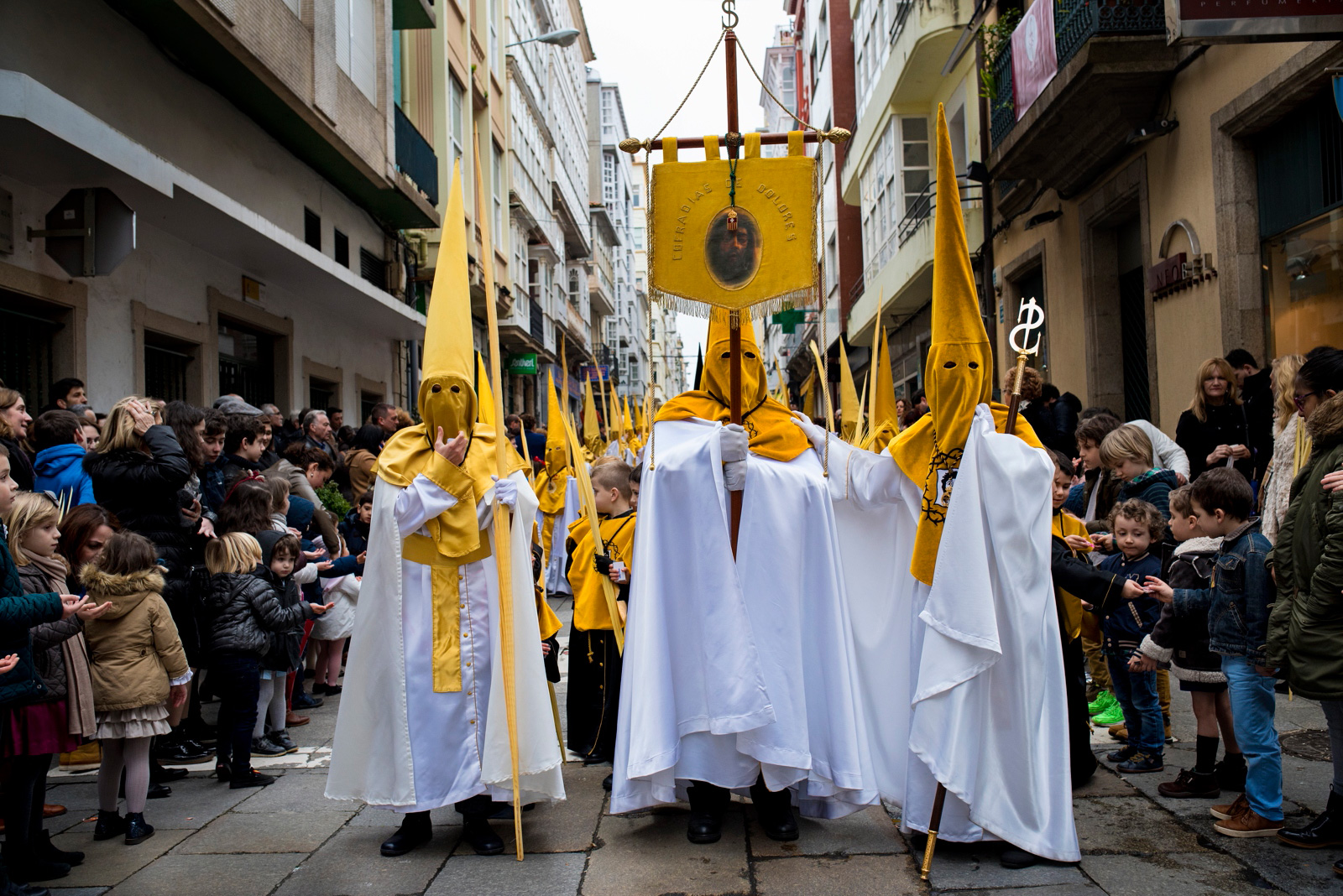 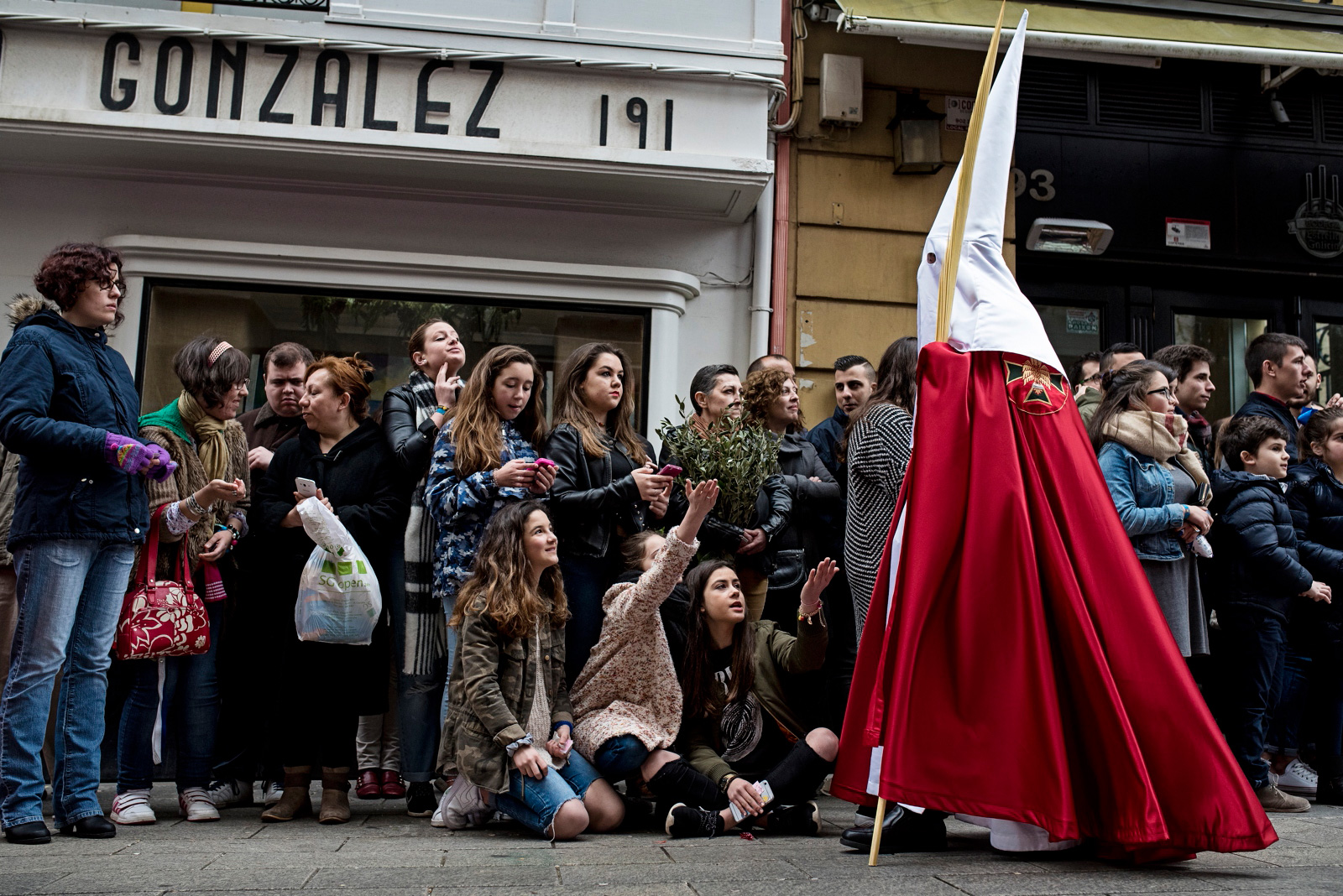 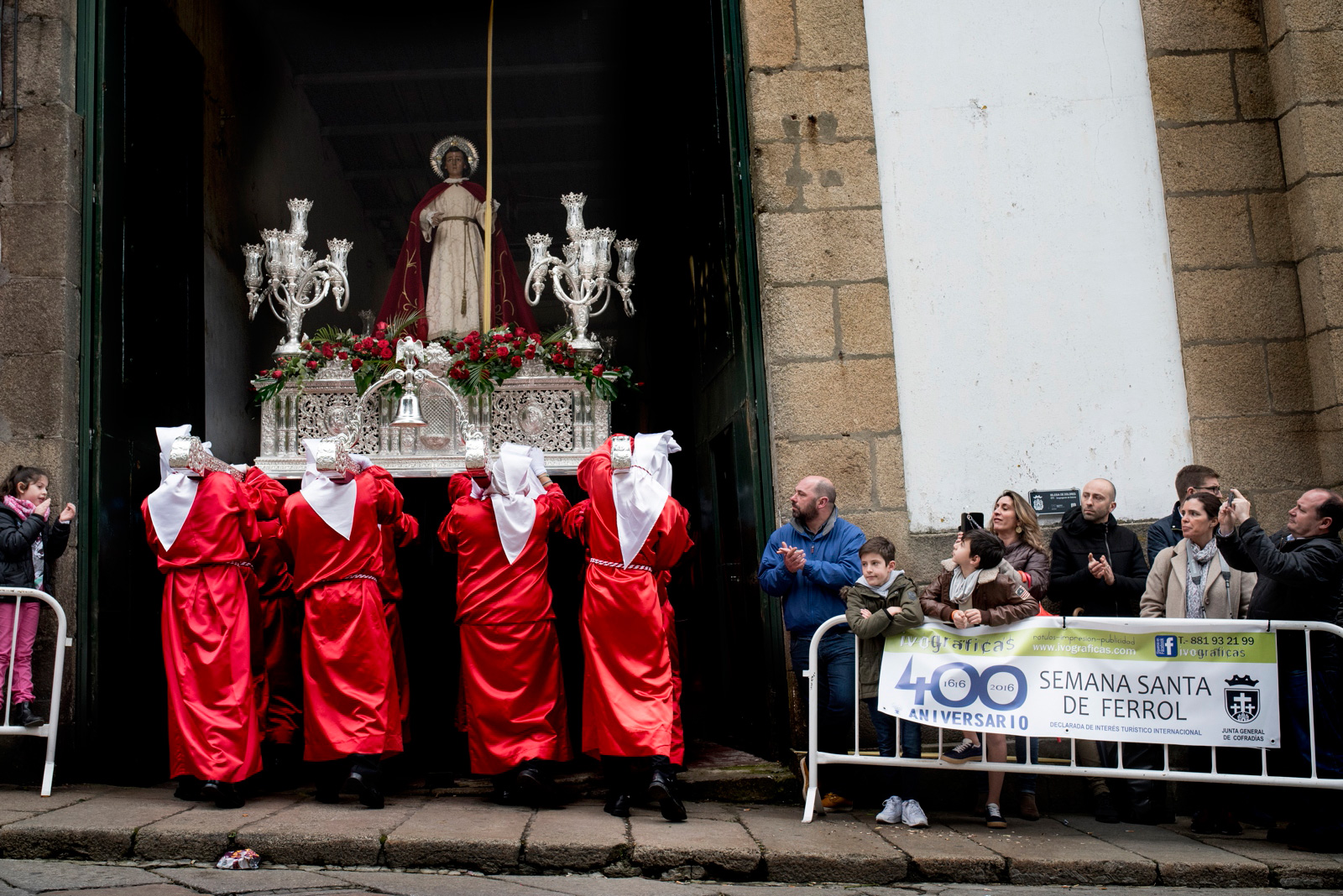 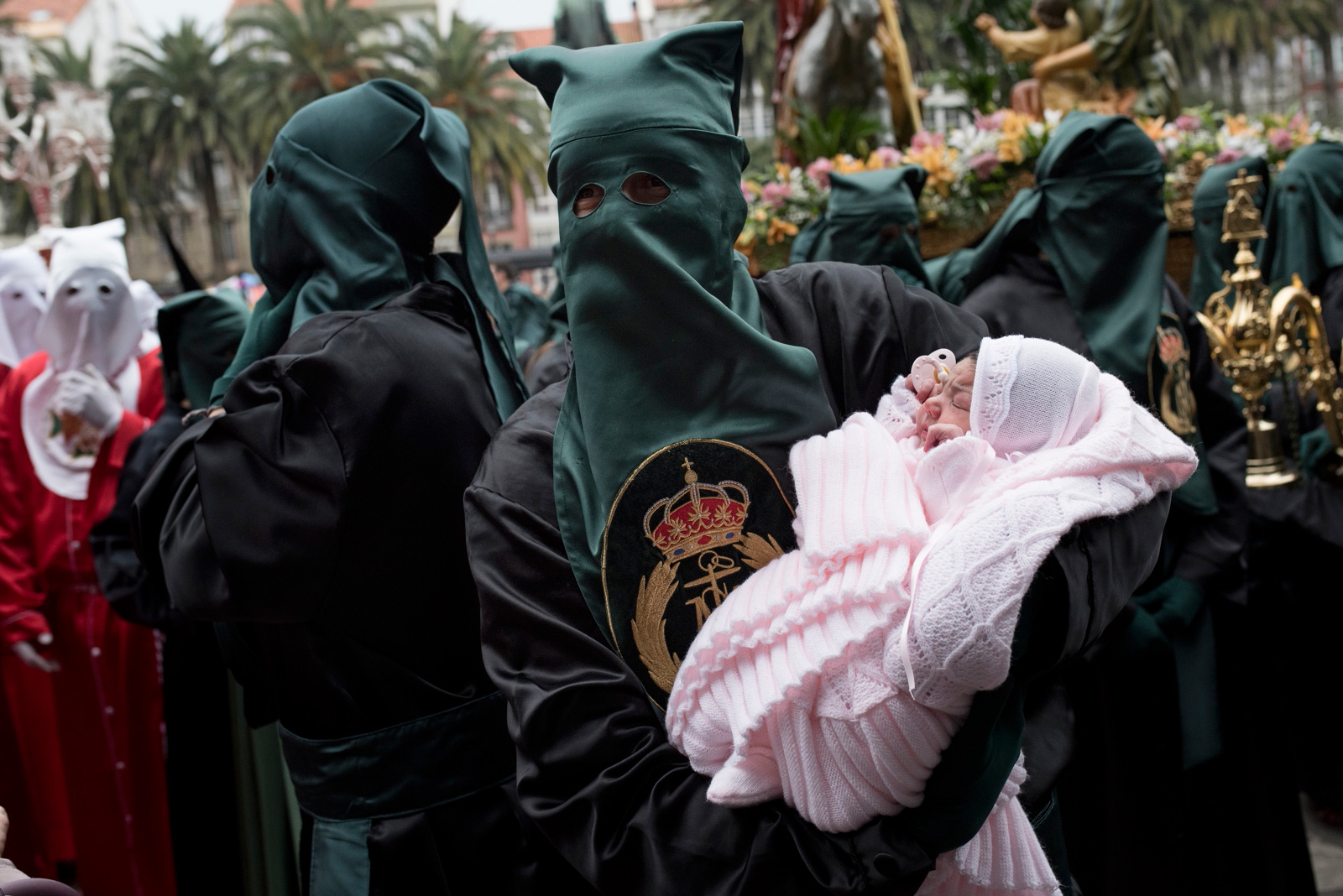 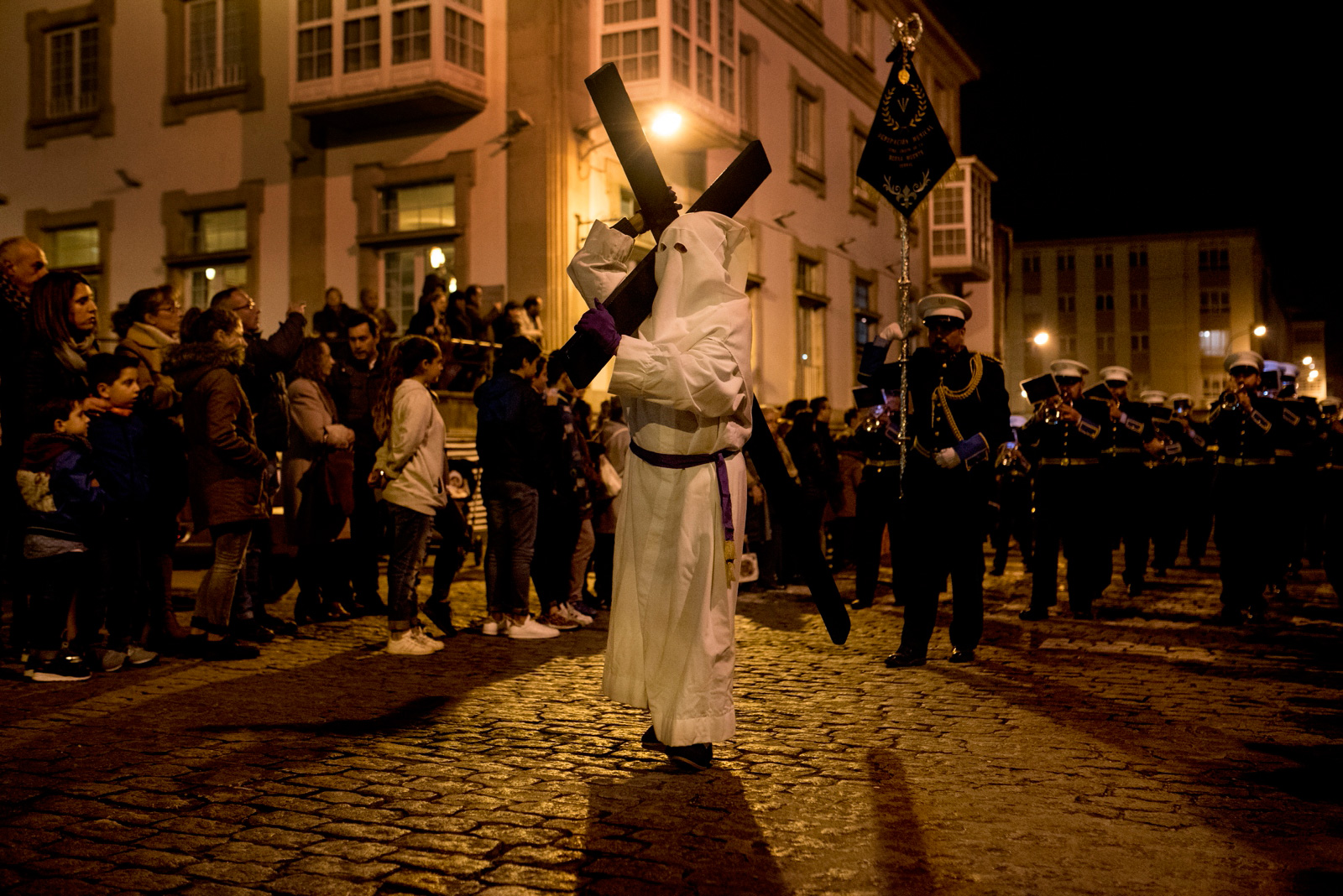 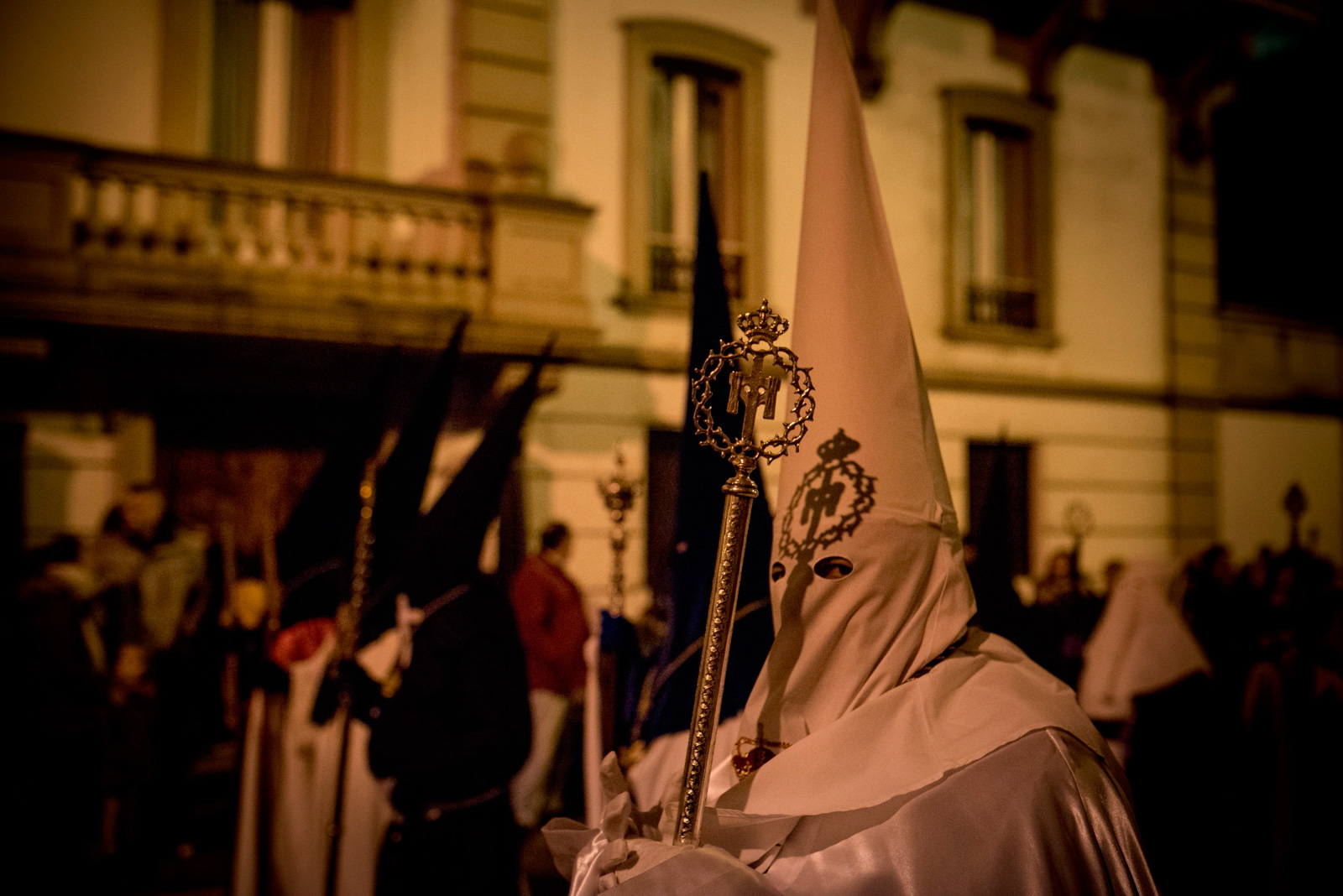 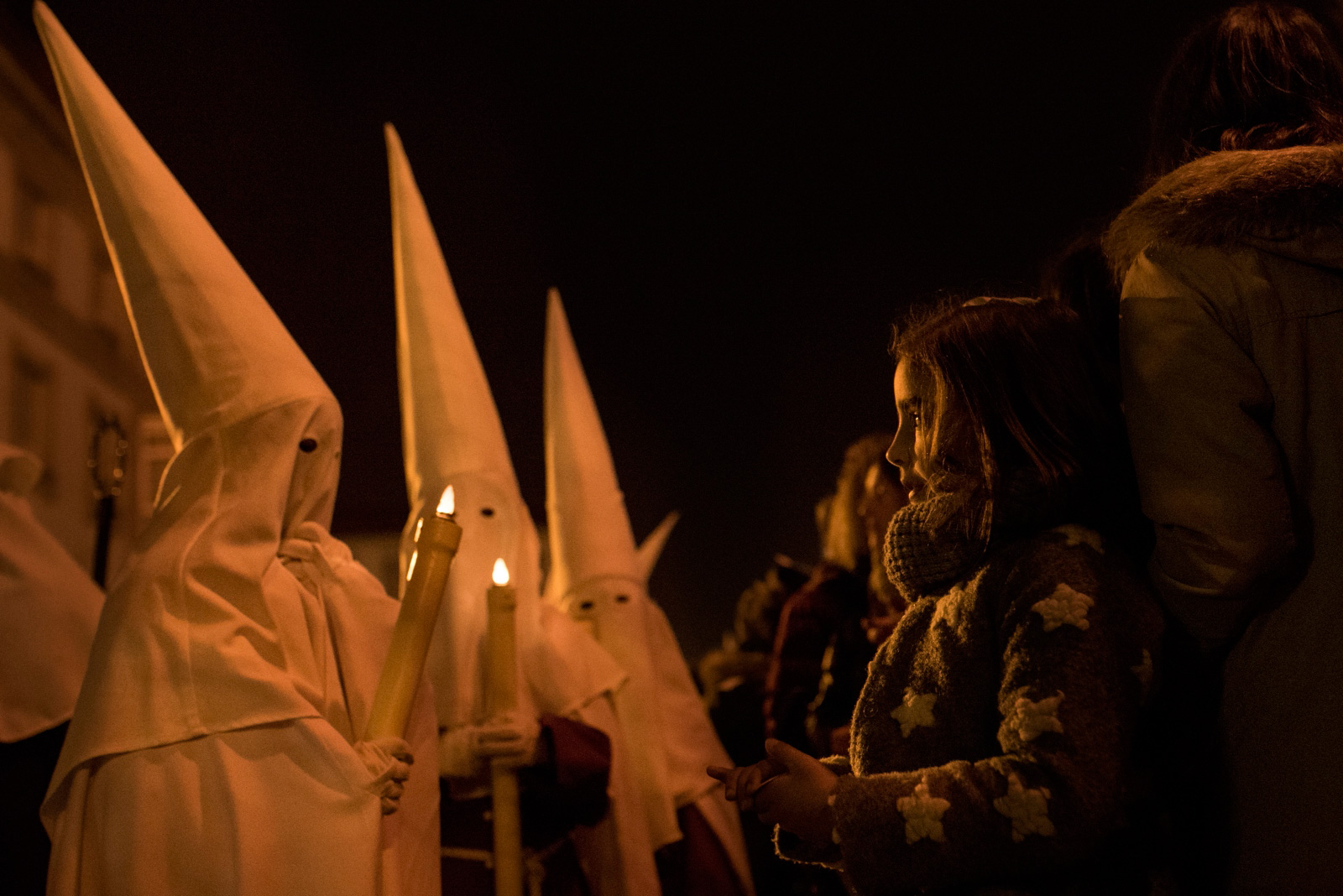